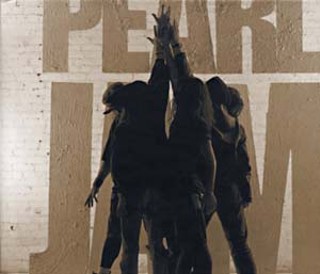 
Released the year punk broke, 1991, Pearl Jam's Ten proved an unabashedly classic rock LP informed by post-punk aggression and the strangled sincerity of singer Eddie Vedder, who gave voice to a generation's disillusionment. Except for "Release," the New Age meditation closing the album, Ten remains a near-perfect showcase for some of the decade's most enduring singles ("Once," "Even Flow," "Jeremy"). The Seattle quintet's MTV Unplugged session the following year helps complete this 2-CD/1-DVD time capsule, Vedder, trembling atop a stool, seemingly possessed during "Alive" and scribbling "Pro-Choice" across his forearm during monumental closer "Porch." Unfortunately, this deluxe edition (second of four increasingly tricked-out editions) skimps on extras, consciously avoiding overlap with 2003's Lost Dogs: Rarities and B-Sides, most noticeably with the absence of ubiquitous flip-side "Yellow Ledbetter." The impressive and previously unreleased session outtake "Brother" helps make up for it with an Orwellian anthem of defiant optimism. "Just a Girl" captures the band's transition from Mookie Blaylock to a household name, while brief, bewitching Sonics' pastiche "Evil Little Goat" and improvised "2,000 Mile Blues" stomp are both castaway demos. "Breath and a Scream" treads lightly in comparison to the version on the Singles soundtrack ("Breath"), and the Unplugged "State of Love and Trust" transcends its studio companion, not unlike the tortured beauty of an acoustic "Black." Useless is a second mix of Ten, which dominates disc two. While megaproducer Brendan O'Brien sharpens the overall sound, especially the guitar interplay between Stone Gossard and Mike McCready, he does so by removing the grit that helped define Pearl Jam.