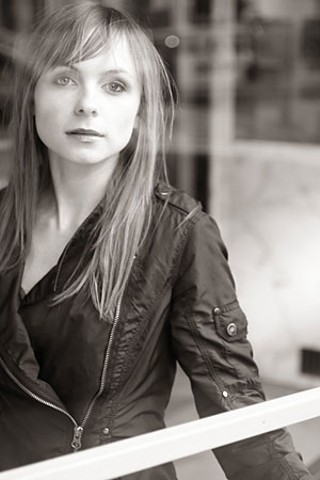 Lines of live-music-goers regularly spilling up from the basement of Austin's jazz haven, Elephant Room, testify to the allure of Kat Edmonson, fans waiting impatiently outside through the first set in the hopes of joining a capacity crowd for the second. With her March 10 debut, Take to the Sky, the local torchbearer's smoky vocal seduction rises from the underground with a stunning set of covers, ranging from familiar standards such as "Summertime" and "Night and Day" to subtle and understated jazz arrangements of the Cure's "Just Like Heaven," the Cardigans' "Lovefool," and John Lennon's "(Just Like) Starting Over."

"I wanted to push forward the idea that these tunes are not only equally important to me, but they're hip," offers the petite 25-year-old. "A lot of people botch up standards and take them for granted. Part of this record, actually, was to really examine, without getting too technical, pop music today and the past few decades – pop music of like 70 years ago – and show that, altogether, they're all pop songs and that they can be presented as great songs and not just jazz or pop. I really like the idea of defying genre."

While her youth breathes new life into the American Songbook and her talent galvanizes the local jazz scene, Take to the Sky only represents one facet of the Houston native's deep and versatile repertoire. Edmonson has also begun releasing her own pop songs online, garnering national attention with Obama-inspired YouTube sensation "Be the Change" and new single "Lucky."

"Inevitably I'm going to have a pop record, too," she affirms. "I have a lot of original tunes that I've written and started producing at home that I would eventually like to compile. But I've had a lot of fun with releasing the individual singles, just putting them out on the fly."