Along with the voice of frontman/mastermind Dave Longstreth, the current lineup of the Dirty Projectors features a three-part female chorus, voiced in striking harmonies that have become the group's signature. At first, they're difficult to hear over the explosions of drummer Brian McComber, but once the balance settles down, the band plays with impressive precision, weaving close lines into stumbling, three-legged melodies that support the three women. Counterpoints jump from instrument to instrument like sparks playing across live wires. Longstreth plays voices against one another in sections: Angel Deradoorian's keyboard against the voices of Amber Coffman and Haley Dekle; two guitars with the bass, one with the voices, etc. At one point late in the set, the band cleaved in two, with the chorus cooing sliding chords, while Longstreth, McComber, and Nat Baldwin descended into a noisy freak-out. Midway through, Coffman dropped her guitar and took lead vocal for an R&B number, Deradoorian and Dekle adding spots of color. The performance was a little, shall we say, polite? Yet it's an intriguing idea: the Dirty Projectors as an art-rock version of Destiny's Child. Incredibly, the band played nothing from its jaw-dropping 2007 LP, Rise Above. The flip side of Longstreth's genius must be a relentless desire to push forward, but c'mon, would it have killed him to do "Thirsty and Miserable"? 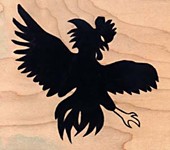 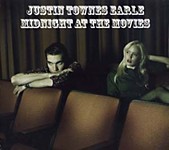