If the Smiths had gotten more sun, they might have sounded like this NYC quartet, though the harmonies harken back even further to the late 1960s. The four-song debut is high on melody and immaculate pop tones ("Spectator & Pupil," "Doomed"), ending with the ominous psych shake of "Violent Sensation Descends." Stranded between decades, but it works. (Sat., Club de Ville, 10pm.)


A mellowed vibe here, with more emphasis on the wall of sound than the band's debut LP's snaky guitar interplay. Perhaps touring with distortion lovers No Age rubbed off on the L.A. quartet (dark-wave opener "Don't Lie"), but it's moving beyond the "tropical" skate-punk tag with squall ("Wild Heart"). Smart move. (Thu., Red 7, 12mid.)


This L.A. trio has matured past cute 1960s pop to fully formed garage rock powerhouse with a bone to pick. The Black Keys' Dan Auerbach produced, so that may explain the hot and heavy feel. Opener "No Home" is too rawk, but "Lo and Behold" stuffs your head in the toilet and flushes, while the two live tracks alone prove worth the thigh sweat. (Fri., Mohawk Patio, 10pm.) 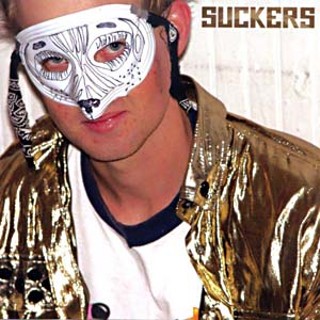 
Adam Ant meets Arcade Fire. This debut from singer-songwriter Quinn Walker and his band of Brooklyn multi-instrumentalists is produced by Anand Wilder of Yeasayer but feels like dance-friendly music for the American Apparel set rather than the Talking Heads vibe they were going for. (Thu., Red 7 Patio, 8pm.)