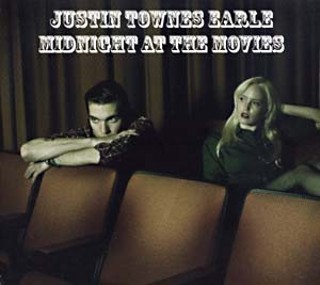 Midnight at the Movies (Bloodshot)


It's hard not to benchmark Justin Townes Earle by his name. Neither a maverick like his father, Steve, nor a transcendentalist like his namesake, Austin's late Townes Van Zandt, Earle is rather something of a classicist. Midnight at the Movies, like 2008's The Good Life, consists largely of old-school country variants rendered with skill and taste, such as "They Killed John Henry," an original folker easy to mistake for a traditional. Earle cleverly uses the almost-hokey comfort of his music to couch lyrics with deep sadness, rescued from desperation only by the resulting irony, such as the faded beauty that "withers away" on the bouncy "Black Eyed Suzy" or the jaunty "Poor Fool" with "no will to live, no will to choose." Earle even suggests a new point of comparison for his fun, smartly composed, yet kind of depressing music by covering the Replacements' "Can't Hardly Wait." (Thu., Antone's, 11pm; Sat., Red Eyed Fly, 12mid.)