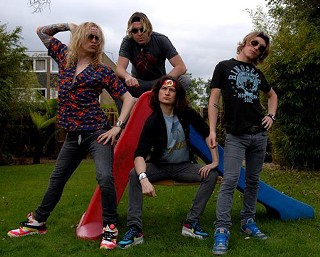 Finding lodging during March madness can be more difficult than landing a label deal. That's why South by Southwest began the International Housing Program nearly two decades ago with all of two acts, wherein local volunteers open their doors to showcasing foreign acts. This year the program hosts 304 musicians, up from 225 last year, from places as far-flung as Taiwan, Iran, South Africa, and Budapest. Justin Hawkins, former singer/guitarist for the initiative's most successful alumni – SXSW 03 sensation the Darkness – signed up once again for his new outfit, Hot Leg. "So far we have had no international incidents," boasts international housing coordinator Marilyn Faust. "In fact, our program has gained a reputation all over the world as something bands are eager to use. They start e-mailing me as early as October, even before they are accepted, trying to assure a place in the program." Hosts are compensated with Music wristbands, and while they aren't required to feed or transport artists, most end up shuttling the bands around and serving as tour guides. "I truly believe that only in Austin could you find a pool of such generous people," enthuses Faust. Those interested in volunteering in the future should contact marilynfaust@hotmail.com. 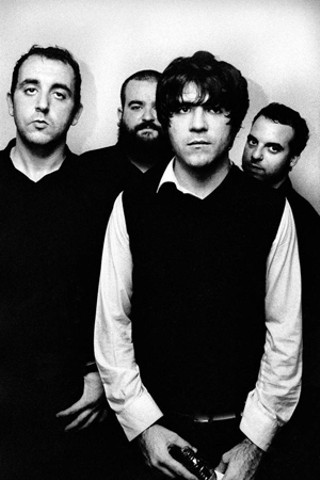 According to Dave Dart, it can cost up to $1,000 a day for an international band to tour the States, once the cost of travel arrangements, rental gear, and accommodations has been taken into account. Inspired by his involvement with the SXSW Housing Program, he formed Dart Music International, a local nonprofit that helps foreign acts overcome financial hurtles by assisting them with every aspect of their trip, from obtaining a performance visa to routing tours. "I kept seeing the need out there for something like this from the standpoint of the bands," he stresses. "They didn't really understand the processes involved or how to really budget." This year, DMI globe-trots at SXSW with showcasing artists such as Polly Mackey & the Pleasure Principle (UK), We Should Be Dead (Ireland), Pedro Menéndez JazzTango Ensamble (Argentina), Bang! Bang! Eche! (New Zealand), Capsula (Argentina), the Parlotones (South Africa), and Tokyo Sex Destruction (Spain). Dart also hosts a showcase at Friends on Tuesday, March 17, featuring almost all of the nonprofit's clients, along with a weeklong International Lunch series at Nueva Onda, March 16-21, 11:30am-1:30pm daily. www.dartmusicinternational.org.

Considering the success of the British Music Embassy at SXSW 08, it's no surprise that our neighbors to the north are following suit this year with Canada House. Located in the new El Sol y la Luna (formerly Emo's Lounge) and sponsored in part by government entities Canadian Heritage & Foreign Affairs and International Trade Canada, plus the Canadian Independent Record Production Association, the House will serve as the country's international headquarters, with nightly showcases broadcasting live on Sirius Satellite Radio Canada (and CBC Radio 3). The timing couldn't be more appropriate, as Canada is exporting a record 125 acts to Austin this year. "Canada for many is a strong music 'brand' that attracts a loyal international following," e-mails Duncan McKie, president/CEO of CIRPA. "We wanted to give Canadian acts a place to play in Central Austin that took advantage of that brand loyalty and pushed it further with maximum impact from concentrating the money we had to spend. We also wanted to be able to support labels and events (like Last Gang [Records] and M for Montréal) that are often co-promoted in Canada."

Back of the House 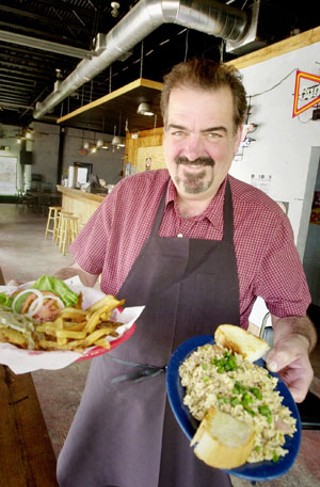 The Hole in the Wall may soon be in need of a new name. Since El Paso native Will Tanner bought the Drag landmark a year ago, it's undergone a sea change in operations thanks in part to new booker Ben McCormick. More recently, the club opened a kitchen on the outside patio. Operated by Steve Chaney, a local live-music veteran best known as the former owner of Big Mamou's Cajun restaurant, the kitchen offers generously portioned helpings of chicken-and-sausage jambalaya, smoked-chicken flautas, and both black and red beans with rice, not to mention deli sandwiches and appetizers. Chaney, brought in by longtime sound engineer Paul Minor, is also bringing back the OTR-approved Reality Sandwich, a standard from the Hole's original menu that features chicken-fried steak, queso, and jalapeños on a kaiser roll. "We're going to do a lot of daily specials like I did with Nick's Diner," Chaney says of the kitchen, which is now open for lunch. "We're really trying to use local suppliers and focus on the quality of the food."

Not to be confused with the Hugo Pratt Italian comic of the same name, local quintet Corto Maltese put out a three-song demo of cosmopolitan indie rock in June 2007 that's become one of the most intriguing bows of recent memory. Following a few lineup changes, the group finally makes good with a proper EP, Answer Answer, on Friday, March 6, at the Scoot Inn with Brazos and Loxsly. "I like the idea of releasing EPs continuously," opines singer/guitarist Ben Maddox. "It's a more British thing to do. People seem to get into it more if it's in smaller doses." The new material conjures the earnest desperation of Arcade Fire and suave, glam rock guitar styling of Brian Eno-era Roxy Music. "We never felt committed to any sort of sound," Maddox adds. "We're a bit too schizophrenic to settle on one idea."

• The propane explosion at the 2007 Austin City Limits Music Festival was caused by the generator exhaust of a Coachmen RV being too close to a liquid propane tank and the malfunctioning of a pressure-relief valve. Last week, an out-of-court settlement was reached between Brown Distributing Co., on behalf of its four employees who were severely injured by the fire, and the entities deemed responsible, including New Braunfels' Evergreen RV Center.

• Clifford Antone is being inducted into the Blues Foundation's Hall of Fame as a nonperformer, alongside such artists as Irma Thomas and Taj Mahal. The ceremony takes place May 6 in Memphis, Tenn., the night before the 30th annual Blues Music Awards, where Marcia Ball is up for Contemporary Blues Female Artist of the Year and the aptly titled Pinetop Perkins Piano Player prize.

• No April Fools: A second Leonard Cohen engagement at the Long Center for the Performing Arts has been added for Wednesday, April 1. Tickets go on sale Friday, March 6, at 10am.