The Beginning of the End

Drumroll, please: Nearly a month ahead of schedule, South by Southwest announced its full band list today (Thursday). Leading the charge are reunited Scots the Vaselines, garage rock pioneers the Sonics, and illustrious Latin vocalist Lila Downs, not to mention Wovenhand, 8Ball & MJG, Andrew Bird, Grizzly Bear, Black Lips, Peter Bjorn & John, and as previously announced, Primal Scream (www.sxsw.com/music). "We were able to get a lot of the invitations out earlier than we have in the past couple of years, and that really sped up the process," says SXSW Music Creative Director Brent Grulke. "The real truth is that I yelled at or rather implored people to listen to more acts and to do so more quickly." Of the 1,154 acts listed, more than half hail from outside the States, notably Leeds-by-way-of-Austin electronic duo Ocelot. Though there's still no word on the Faces reunion, pianist Ian McLagan & the Bump Band is confirmed to perform, along with fellow Austinites Explosions in the Sky, the Black Angels, Ruthie Foster, and the Band of Heathens. Locally based labels Dead Oceans (Akron/Family, Phosphorescent, Mt. St. Helens Vietnam Band) and Western Vinyl (the Fleet Foxes' J. Tillman, Here We Go Magic, Mom, Austin's Balmorhea) should have two of the most blogged-about showcases, while other certified next big thing picks to make the grade include the Drones, Friendly Fires, Vetiver, Passion Pit, Hacienda, and the Girls. As for locals still awaiting confirmation, Grulke assures, "We're obviously going to invite a good number more bands." 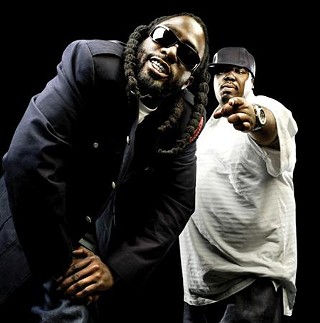 In case there was any doubt as to the magnitude of SXSW, AngelouEconomics released its second annual economic impact report this week, which concluded that the industry conference grew last year by nearly every statistical measure. In 2008, SXSW featured more than 1,800 artists across 80 stages and generated approximately $103 million for the local economy, an 8% increase from the previous year, not including any unofficial day parties or private events. The report, which was commissioned by SXSW, also put a net value on the Festival's coverage – some 200 million media impressions – at $17.6 million.

According to volunteer coordinator Jillian Lobstein, SXSW will need more than 1,700 helping hands this year. "Volunteers get more insight into all the elements that have to work together to successfully put on three events at once," she says. "It's about being able to participate in the Festival as a host." Applications can now be found online (www.volunteer.sxsw.com), and crew selections take place on a first come, first served basis at the annual Volunteer Calls at the Hilton Hotel on Sunday, Jan. 25, 2-5pm, and Monday, Jan. 26, 6-9pm. Unlike previous years, music production stage-crew members will have a scheduled night off and only be required to work three to four nights, though all volunteers will have to work on Wednesday, March 18. 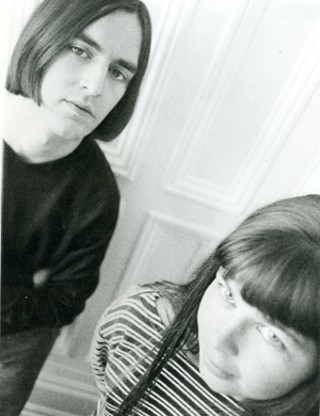 Nine Locals Poised to Break Out at SXSW 09 Mojo Rising from the UK

The Week That Was

Year of the Moose The best new music venue in town isn't on Red River or South Congress. Like the Bad Livers' Mark Rubin, who curates monthly programs at the Odd Fellows Hall, the Austin Moose Lodge No. 1735 (2103 E.M. Franklin) has been regularly hosting shows for the past three months to attract new members. The fraternal organization, which opened its doors locally in 1966, features two assembly rooms, with capacities of 55 and 320, respectively, and because all events are private (a member must sign you in as a guest), it's technically legal to light up inside. "There's a good support system here," says local booker and member Polly Smith. "Everyone here has your back, and the fact that it's a nonprofit means the money goes to good causes, too." The Loyal Order of the Moose presents the Persimmons on Saturday, followed by Lonesome Dave Fisher this Tuesday and School Police on Thursday, along with the Plutonium Farmers' experimental, No Wave vibrations every Monday night.

• In what could be called the Continental Club revue, James McMurtry departs this week for his first ever European tour, with Jon Dee Graham and Ian McLagan in tow. "I've always been scared about the overhead," discloses McMurtry. "They don't have Motel 6 over there." The night watchman takes some solace in returning to a new paradigm in the nation's capital. "It's hopeful, at least the beginning," he shrugs. "I still have to worry about what the new president is going to find when he gets into office." On that note, the Austin Community College Jazz Ensemble is performing at the Corcoran Gallery of Art in Washington, D.C., on Tuesday as part of the Presidential Inaugural Gala 2009. Word has it that C3 Presents is producing no small part of the festivities.

• The Kerrville Folk Festival has achieved an official nonprofit status, after being acquired by the Texas Folk Music Foundation last month.

• OTR is getting the heck out of dodge before SXSW draws any closer and will return Jan. 30. In the meantime, don't forget to vote in the annual Chronicle Music Poll.