Gangsta Rap Made Me Do It

A record number of gunshots were presumably reported Sunday night on Red River. Triggering round after round over the PA, each one like a closed-fisted punch to the chest, that crazy motherfucker named Ice Cube stormed Mohawk with ruthless volatility, unloading nearly every hit from his South Central canon, most notably opener "Natural Born Killaz," "Check Yo Self," and "Bow Down." In what has been an unprecedented year for national hip-hop acts in Austin – Nas, Kanye West, Lil Wayne, Dizzee Rascal – Ice Cube cemented his legacy as part of the genre's Mount Rushmore with "Gangsta Gangsta" and "Straight Outta Compton" from the original G-unit, N.W.A, while the intimate setting, in comparison to his South by Southwest 08 set at Auditorium Shores, provided a closer look at the chiseled, stone-cold scowl that defined the urban grit of 1991's seminal Boyz N the Hood. For the honorary members of the Westside Connection in attendance, sipping chilled 40s for the occasion, it was indeed, as Ice Cube reflected, a good day.

Back in the spring, Austin's Loxsly released one of the best local EPs of the year, Flashlights. The sharp four-song collection unraveled keyboardist/vocalist Cody Ground's adventurous narratives through a balmy bed of aqueous indie pop, like a heavily sedated version of the Shins' Oh, Inverted World. Turns out those were mere scraps left on the cutting-room floor for the band's forthcoming full-length, Tomorrow's Fossils. "It's a subtle concept record," says Ground, who founded the quartet in 2004. "There's a scientist that experiments with parapsychology and builds a machine that lets him hear other people's thoughts, only it turns out to be this Frankenstein sort of thing. He ends up jumping into the ocean with cement shoes to remove himself from the world." Like their most common reference point, the Flaming Lips, Loxsly pulls out all the bells and whistles for the holiday season, contributing its witty original "Santa Got the Spins" to the digital-only sampler An Indiecater Christmas, and Ground promises to bring good tidings to Mohawk on Saturday with Corto Maltese and the Authors. "It's definitely going to be a full-fledged Christmas experience."

Austin's hardcore haven Red 7 (see "DIY or Die," June 22, 2007) is undergoing further renovations, including sorely needed upgrades to the bathroom and patio space, along with a paint job. According to booker Graham Williams of Transmission Entertainment, which acquired the all-ages pit earlier this year, the venue will be divided between a lounge area and performance space. Scope phase one on Saturday for Prototype's Christmas Disco Party, featuring boogie night crawlers Amplified Heat, Wine & Revolution, and Toko-Ri Get High. South Austin vinyl authority End of an Ear gets the mirror ball spinning early with its own disco-themed holiday party, 6pm.

With a frail elegance and amber voice that belied her youthful stature, Sahara Smith opened the annual Armadillo Christmas Bazaar at the Austin Convention Center last Friday, where her parents have operated a booth for the last decade. The sultry, 20-year-old songstress displayed impeccable taste, recalling Alison Krauss on her a cappella "Grey Funnel Line" and dueting with guitarist Jake Owen on Ian Moore's "Now You're Gone," while her contemporary originals like "Congress Avenue" and "Freedom" boasted serious mainstream appeal. The Armadillo Christmas Bazaar is open through Christmas Eve, 11am-11pm, for all your last-minute gifting needs, with local music practically around the clock. For more stocking-stuffer suggestions, see austinchronicle.com/earache.

• Need a shot of rhythm & blues to warm up the holidays? Los Lonely Boys put a Tex-Mex twist on a few standards with Christmas Spirit. If that doesn't cut it, the Austin Convention and Visitors Bureau has compiled a seasonal sampler, Happy Holidays From Austin, featuring contributions from all the usual suspects such as Asleep at the Wheel, the Bells of Joy, and the Resentments, among others.

• The Crack Pipes' Billy Steve Korpi breaks out the eggnog for happy hour at Beerland Friday with his side project, the Blitzens, whose new holiday collection, Twelve Bars of Christmas, offers such delights as "Back Door Santa" and "Frosty the Red-Nosed Marshmallow." Stumble over to Mohawk afterward for the Invincible Czars' annual cracking of Tchaikovsky's Nutcracker Suite with Golden Arm Trio.

• Local label Chicken Ranch Records has issued two characteristically off-kilter holiday singles – the Emotron's "Santa Clause (I Still Believe in You)" and Savanteous Q Malmsteen's "What Do You Get a Wookie for Christmas" – whose proceeds are benefiting the Austin Area Food Bank. Check out www.chickenranchrecords.com.

British rag Shindig! beams down on the 1960s psychedelic sounds of Texas in its November-December issue (www.shindig-magazine.com), featuring the 13th Floor Elevators, Bubble Puppy, Fever Tree, the Moving Sidewalks, and a few that slipped through the cracks. On that note, biographer Paul Drummond is helping to put the final touches on the Elevators' Sign of the 3 Eyed Men (International Artists), a limited edition, 10-CD box set due overseas in March, with remastering by the group's original producer, Walt Andrus. "It'll be a fairly definitive museum to the band," Drummond assures via e-mail. Psychedelic survivor and issue cover boy Roky Erickson has a new vinyl bootleg with the Explosives, The Interpreter, which was recorded live at San Francisco's Great American Music Hall last March. Meanwhile, guitarist Christian Bland reveals that the Black Angels taped its recent Halloween show at the very same Bay Area haunt, opening for and backing Erickson, for a future DVD release: "The vibes during some of his Eighties ghost-rock stuff were unreal."

• Following in the hoofprints of Monroe Mustang's fourth full-length, Monroe Mustang, the Imaginary Band, Regretfully Declines, the chronically enabled local indie outfit has digitally reissued 1998's Plain Sweeping Themes for the Unprepared and 2000's I Am the Only Running Footman through Secretly Canadian.

• After nearly a decade, South Austin Jug Band is parting ways and doing so in style. The bluegrass outfit gets down one last time locally at Momo's on New Year's Eve with Dustin Welch.

• Local instrumental ensemble My Education, which turns on the warm jets at Emo's Saturday, has made its exquisite three-song collection of Brian Eno covers available for free download: www.myeducationmusic.com/enossification.html. 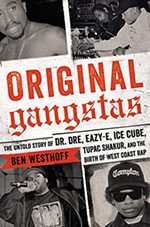 Sahara Smith
The Wimberley songstress on her Myth of the Heart