The Power of Negative Thinking: B-sides and Rarities (Rhino) 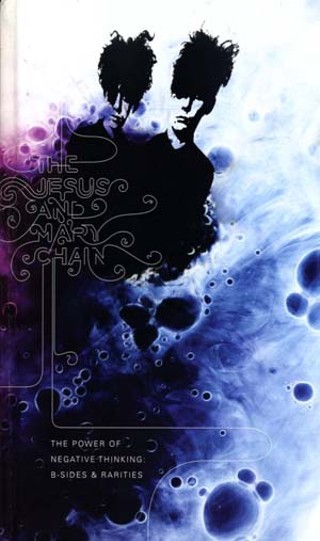 
The Jesus & Mary Chain taps into an unequivocal force, an acerbic marring of antagonistic distortion and pristine pop clarity. The Power of Negative Thinking, an essential 4-CD, 81-song collection of JAMC's odds and ends, mirrors the Scottish misfits' evolution from the visceral, sweet 'n' sour beauty of 1985's landmark Psychocandy and the grim guitar bop of '87's Darklands to the drum-machine pulse of Automatic (1989), Honey's Dead (1992), and final breaking point, Munki (1998). As evidenced by abrasive readings of Leonard Cohen ("Tower of Song"), Prince ("Alphabet Street"), the Temptations ("My Girl"), and Elvis Presley ("Guitarman"), core components William and Jim Reid are rabid deconstructionists, exposing the underbelly of popular music. Of particular interest are the Suicide notes in Syd Barret's withering "Vegetable Man," Willie Dixon's lo-fi blues ("Little Red Rooster"), and the 13th Floor Elevators' acid-fissure aviation in "Reverberation (Doubt)." Two versions of "Surfin' USA" sound like Brian Wilson night terrors from 1967, along with the No Wave vibrations rippling though "Kill Surf City." "Bo Diddley Is Jesus" summons Chess Records' big beat, though the industrial grind of "Who Do You Love" morphs from a sexual inquiry to a sadistic demand. Yet beneath the grating layers of white noise reside bona fide pop songs bleeding to be heard, and the stark, stripped-down demo versions of singles such as "Just Like Honey," "Taste of Cindy," and "Happy When It Rains" revel in the band's gorgeous and gothic melancholy. That spirit becomes even more apparent in the acoustic ruminations from the Stoned & Dethroned-era ("The Perfect Crime," "Taking It Away," "Ghost of a Smile"). What's most surprising is the strength of the original B-sides, such as the shoegazed summer dream "Happy Place," girl group siphon "Suck," and bassist Ben Lurie's "Rocket," which could easily reside on any of JAMC's studio LPs and absolutely trump anything by the band's innumerable acolytes. Cross over to the dark side. 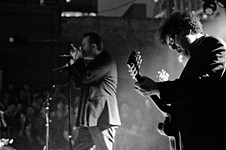