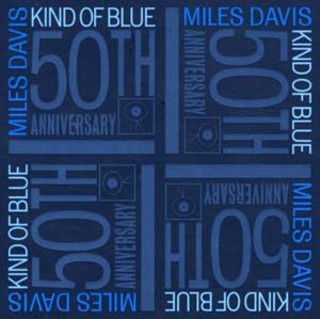 
The jazz album recommended above all other remains Kind of Blue, but it comes with a caveat: If the music isn't to your liking, you shouldn't waste time pursuing jazz at all. In so many ways, trumpeter Miles Davis' conceptual tour de force epitomizes the entire jazz aesthetic – elegant, passionate, intimate, expansive, soulful. Remarkably, every track on the album is a first take, and this spontaneity helps capture a certain transcendent mood that only jazz at its best can induce. In celebrating the 50th anniversary of Kind of Blue, recorded March-April 1959 and released the following August, this handsome collector's edition goes far beyond the album's previous mundane reissues with two CDs and a DVD. The original LP with nonessential bonus tracks appears on the first disc, while the second features a lovely 1958 session, the only other studio date with the same Kind of Blue personnel (John Coltrane, Cannonball Adderley, Bill Evans, Paul Chambers, and Jimmy Cobb), plus a rare live performance. The DVD spotlights a fascinating documentary that celebrates the LP with commentary from, among others, Herbie Hancock and drummer Jimmy Cobb, the only surviving group member. It also includes a 1959 CBS TV special, The Sound of Miles Davis, which contains a segment of Davis and arranger/conductor Gil Evans and an orchestra performing tunes that appeared on their 1957 collaboration, Miles Ahead. Additionally, there's a blue vinyl record encased in original cover art, a 60-page bound book of essays, several 8-by-10 photos, and a large poster. As the bestselling jazz album of all time, Kind of Blue transcends categorization as a modal masterpiece whose influence has permeated popular music and beyond.