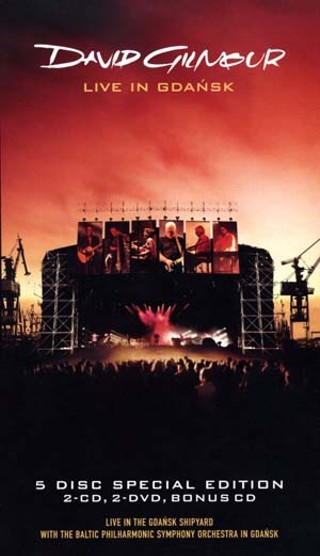 
In the Cold War of Pink Floyd, guitarist David Gilmour cracking The Division Bell's "A Great Day for Freedom" in the Gda´nsk shipyards to mark the 26th anniversary of Lech Walesa's Solidarity movement in Poland pales in comparison to Roger Waters' crumbling of The Wall in Berlin in 1990. Backed by the Baltic Philharmonic Symphony Orchestra, conducted by Zbigniew Preisner, and in support of his pensive 2006 solo album, On an Island (included as a bonus DVD feature), this spectacularly shot concert from the same year still packs plenty of historical significance as it prominently features original Floyd keyboardist Richard Wright, who died earlier this year, while a 35-minute behind-the-scenes documentary captures the international scope of the occasion. Gilmour's mellowed with age, blurring the distinction between space-rock futurism and New Age meditations, especially during the twilight romanticism of "Castellorizon" and smooth jazz instrumental "Red Sky at Night," without dimming the celestial beauty of his near constant guitar auroras. As a special edition 3-CD/2-DVD set, the audio discs divide the live set between Gilmour's solo material and Pink Floyd selections. The latter opens with the gorgeous Syd Barrett tribute "Shine On You Crazy Diamond," while the opening chime in "Echoes" rings like a "fasten seat belt" warning on a 25-minute voyage to the heart of the sun – propelled in part by Roxy Music guitarist Phil Manzanera. The real draw is the bonus CD, a well-sequenced 12-song tour sampler highlighted by an unexpected cover of the Madcap's whimsical "Dominoes." The second DVD, meanwhile, is a much more intimate affair, opening with a three-song set at London's Mermaid Theatre that spotlights Wright on the somber, melancholic ballad "Wearing the Inside Out" and on "Comfortably Numb," before closing with a series of "Barn Jams" that find Gilmour improvising in orbital bliss with Wright. Fond farewell to another fallen star. 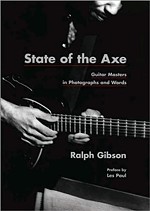