Just Look Them Straight in the Eye and Say ... Poguemahone!! (Rhino) 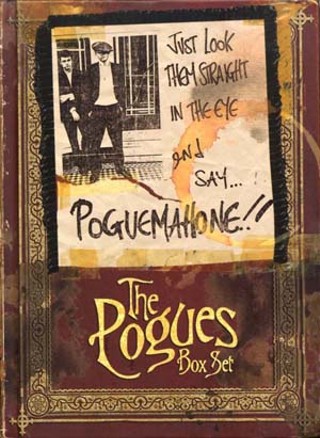 Just Look Them Straight in the Eye and Say ... Poguemahone!! (Rhino)


On one hand – the one holding a dram of Jameson – the Pogues were fueled as much by Gaelic myth as rock & roll. On the other hand, who would have guessed that Irish folk music could produce such a genius aberration? The rollicking boys from Dublin had more in common with Paddy Moloney than U2, or at least Pogues frontman Shane MacGowan did since the Chieftains were more likely to warble about whiskey than what they were looking for. This 5-CD UK import throws down a righteous and satisfying combination of music, text, and photos, but it's more musical mitzvah than greatest hits. Poguemahone!! jigs through the group's volatile history with live material, alternate takes, demos, and other rarities. It also includes a host of delightful covers ("Eve of Destruction," "Maggie May"), a blistering 12-inch remix of "If I Should Fall From Grace With God," and a dreamy descent into unreleased soundtracking (Sid and Nancy, Garbo, Straight to Hell). Despite the dominant presence of MacGowan, the Pogues were a revolving door of personalities, shaped by those within at any given time. Bassist Cait O'Riordan gets vocal time, as does Pogues co-founder Spider Stacy, on Steve Earle's "Johnny Come Lately" and even Joe Strummer, who briefly replaced MacGowan in 1991. These Strummer tracks are more notable than effective, with the Pogues employed more as backup than the brash rowdies we know and love. The band imploded shortly after back-to-back milestones, 1988's If I Should Fall From Grace With God and the following year's Peace and Love, the best Christmas song of modern times gracing the former with "Fairytale of New York." Poguemahone!!'s fatal flaw lies in that beloved MacGowan-Kirsty MacColl duet as a work-in-progress, presented here in three distinct periods – MacGowan with Elvis Costello on piano, MacGowan with accordion, MacGowan with full band. It's alluring, but you crave the full version with darling Kirsty so you can sing along and call your beloved a slut and cheap lousy faggot. Not even a live version is offered, though the hidden track "Good Night, Irene" is a sweet consolation. By the way, "pogue mahone" is phonetic. The phrase is "póg mo thóin," but the boys correctly guessed we Yanks don't have enough Jameson in our blood to deal with Gaelic spelling. 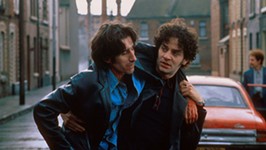