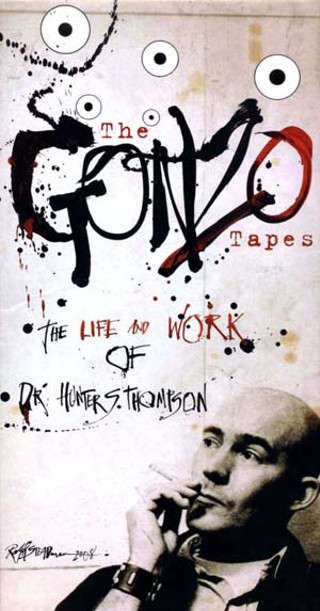 
Sometimes it's best to enjoy a classic work of art without knowing how it was wrought. Rather than offering new insight into Hunter S. Thompson's work, The Gonzo Tapes spool forth like a souvenir from the sausage factory. Somewhat averse to pad-and-pen reporting, Thompson kept a tape recorder handy to capture conversations, phone calls, ambient noise, and ephemeral observations. This 5-CD collection chronicles the audio evidence of the Good Doctor's glory years, 1965-1975. Besides the sonic degradation inherent in old cassettes, a trained ear is often required to decipher Thompson's trademark mumble, especially when delivered in states of chemical impairment through a mouth anchored by a cigarette holder. Beginning in California with Thompson trying to collect his thoughts at a 1965 Hell's Angels rally as drunken bikers whoop in the background, the tapes also feature Fear and Loathing in Las Vegas taking up two entire discs. The wild braying portrayed in the seminal book often comes off as comparatively mellow, but even so, it's fun to hear Thompson and attorney/activist Oscar Acosta careen around 1971 Vegas in a white Cadillac convertible to the tune of the Carpenters' "For All We Know." Later, Thompson records a cocaine binge replete with observations such as, "I'm fucking tired of having my mouth feel like muskrats have gnawed the inside out of it." Next is Kinshasa, Zaire, with artist Ralph Steadman and blown coverage of 1974's Ali-Foreman fight. Finally, Thompson lands in Saigon right before the North Vietnamese army marches in. The non-Gonzo caution in Thompson's voice as veteran New York Times war correspondent Gloria Emerson persuades him to take the assignment is most revealing. The Gonzo Tapes are unlikely to appeal to anyone other than die-hard HST enthusiasts, but if you have a cool uncle who fits that bill, this just might be his whiff of ether.

Getting Your Head Around (and Hands on) the Art of Abraham Cruzvillegas
Conceptual artist brings "Hi, how are you, Gonzo?" to the Contemporary Austin 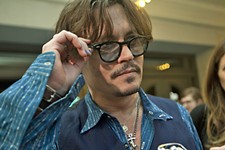 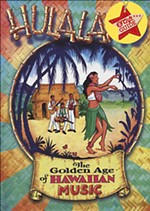 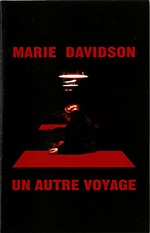