According to Cash biographer Michael Streissguth in the liner notes to this 2-CD/1-DVD set, "few of Cash's associates and musicians remember that he recorded two concerts [at Folsom] that day." Listening to the full shows, it's easy to see why. The performances are noticeably sluggish in the later set, and the timing of the stage banter – nearly all of which was canned, right down to Cash's request for water – is off. Cash was no doubt tired, but it's tempting to imagine that only a single great take of these powerful songs was possible, an idea given credence by "Give My Love to Rose" and the blazing "I Got Stripes," which appear only in the second set and are its strongest performances. Because the two set lists are nearly identical, with almost all of the first takes represented on the existing At Folsom Prison CD, the second set is a curiosity. Carl Perkins' opening songs are more interesting, though they're laughably outmatched by four wonderful tracks from the Statler Brothers. In the end, the purpose of the box is less to provide new listening material than to reaffirm the 1968 concert as the pivotal event of Cash's career and the distillation of a quest to humanize the condemned. This job is partly accomplished through Hugh Cherry's introduction, which treats the prisoners with an uncommon degree of respect and equity. Folsom Prison finishes with a DVD documentary, which interweaves a thumbnail biography, musings on the prison system, animated (and pretty odd) interpretations of four songs, and sketches of the parallel stories of Glen Sherley, an imprisoned songwriter Cash tried unsuccessfully to rescue following the concert, and Millard Dedmon, another inmate deeply affected by the show who found his own path to redemption. 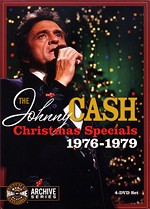 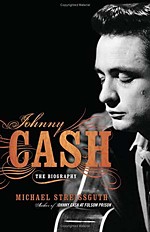 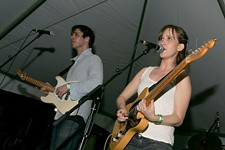