One would expect to find Allen Ginsberg, the Band, and Joan Baez in any reference book about Bob Dylan, but not necessarily Bertolt Brecht, Wyclef Jean, or Mortimer Snerd. With an unparalleled legacy closing in on 50 years, Dylan has touched – directly and tangentially – a mind-boggling array of people, places, ideas, and philosophies cutting across myriad aspects of universal culture. The interconnections are utterly fascinating, and it's that central aspect of this colossal volume that may be its most daunting accomplishment. Originally published in 2006 but updated, revised, and now in paperback, the Encyclopedia contains lengthy entries for esoterica such as "Film Dialogue in Dylan's Lyrics," "Nursery Rhyme, Dylan's Use Of," and the "The 'Born Again' Period." Generally speaking, his albums, even the most important ones, are given short shrift when compared to individual songs such as "Dignity," "Highlands," and "Jokerman," which are afforded several pages each. Austin is well represented with sections on Willie Nelson, Doug Sahm, Stevie Ray Vaughan, Charlie Sexton, Denny Freeman, Stephen Bruton, and Kinky Friedman. It's easy to get lost in the enormity of it all, even when taking a cursory perusal, but a bit of cultural curiosity should suffice. 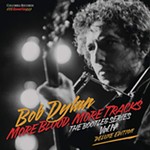