"This whole game is about to turn into a touring game," posits Pusha T, the dreadlocked half of the Virginia Beach, Va.-based duo. "Guys with the credible albums will be the ones standing the test of time."

With its minimalist snap-clapped beat taken from Pharrell Williams and Chad Hugo's planet Neptune, "Grindin'" put Clipse in rare company as rappers capable of producing a commercial hit without a hook and proved a major factor in their 2002 debut, Lord Willin' (Star Trak), going platinum. The group's decidedly darker and critically lauded 2006 masterpiece, Hell Hath No Fury, raised the stakes even further.

After a string of successful underground mixtapes with Re-Up Gang, Pusha envisions next year's Till the Casket Drops as a return to the raw redemption and retribution that rippled through Lord Willin', "directed toward the irresponsible youth." The brothers are recruiting some outside muscle for the occasion, with production credits not only from the Neptunes, but also Timbaland, Scott Storch, the Hitmen, and Kanye West.

"You can go to any Baptist church around here, and you'll feel like the preacher's talking to you if you've been bad," Pusha T posits. Till the Casket Drops is "about clearing your conscious, like: 'Fuck it, we done been through everything. It's our way.'" 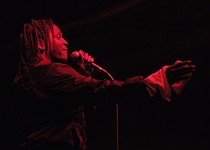