Looking for a soundtrack for Nov. 4? Of Great and Mortal Men: 43 Songs for 43 U.S. Presidencies (Standard Recording Co.) is a 3-CD American songbook featuring interpretations by locals Bill Callahan ("John Tyler [In Hindsight]") and the Monahans ("James Knox Polk [The Other Is Better/The Landscape to Transform]"). The latter president, you may recall, supported the annexation of Texas and carried out Andrew Jackson's Manifest Destiny. "It's not just a history lesson," says the Monahans' Greg Vanderpool, whose follow-up to last year's Low Pining is set to be released on Misra Records. "It's a bit more abstract. Each song tells a different side of the story from the one probably learned in school."

Meanwhile, local MC Bavu Blakes raps with Democratic presidential candidate Sen. Barack Obama (sort of) for the latest installment of Earache in My Eye, the Chronicle video blog series. Check it out at austinchronicle.com/earacheinmyeye.

The Butthole Surfers had a chance encounter with Texas Sen. John Cornyn at the Austin-Bergstrom International Airport on their way to New Orleans' Voodoo Music Festival last weekend. Guitarist Paul Leary introduced himself to the Republican incumbent, but upon learning the band's name, Cornyn apparently turned and walked away confused.

Closer to home, Austin's Red State Blues rocks the vote with A Concert for Change, a benefit for the Travis County Democratic Party and Sims Foundation featuring Sharon Jones & the Dap-Kings, Brownout, and James McMurtry at the Austin Music Hall on Monday. 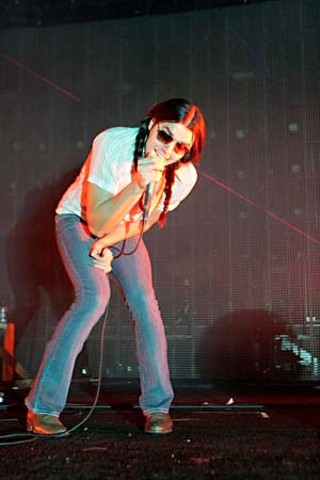 Nine Inch Nails and Ghostland Observatory are polar opposites in the electronic spectrum, the contrast never more apparent than last Thursday at the AT&T Center in San Antonio. "I was a bit worried about getting hit with a combat boot, but once our lasers fired up, the crowd really dug it," laughs Ghostland beat maestro Thomas Turner, who plans on spending most of next year working on the band's fourth LP. "Actually seeing firsthand how a band that size operates was really neat. It was a full-blown production, seven 18-wheelers, a 50-man crew, the most current and customized lighting and LED systems. It was beautiful." GLO lights up South Padre International Music Festival this weekend before returning for a sold-out, two-night homecoming at Stubb's, Nov. 14-15.

Back in the Saddle 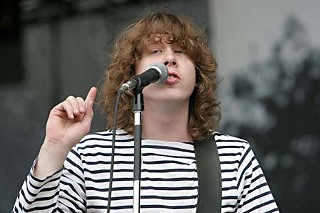 Ben Kweller hasn't gone country. He's been country. "I grew up in a small town in East Texas," affirms the Greenville native at Cedar Creek Recording in South Austin, Skoal chewing tobacco in hand. "I've been writing country songs for years. Once in a while, I'll put one on a record, but there are certain ones I've always saved. Now I'm getting back in touch with my roots." Having spent the last nine years in New York City, Kweller recently relocated to Austin, where he cut his self-produced fourth LP and Western crossover, Changing Horses. Due in late January and featuring Tosca String Quartet, the album tips a straw hat to 1990s alt.country ("On Her Own") and the Beatles' "Act Naturally" ("Sawdust Man"), with plenty of whoopin' and hollerin' over the CB radio. "I love the road and truck culture," says Kweller, who will preview the album at Antone's on Sunday with a new EP, How Ya Lookin' Southbound? Comein. "This record doesn't really sound like anything that's going on. It's just old-fashioned songwriting and good playing." Join Kweller at Zilker Park's Polo Fields on Saturday for a Barton Creek Greenbelt cleanup and concert event, 10am-2pm. 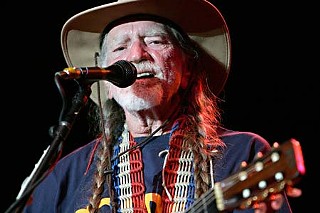 "We're happy to help you close this beer joint," Willie Nelson smiled on Sunday, ushering in the end of an era at the Backyard, 16 years after helping open the outdoor amphitheatre. The all-day gathering served as affirmation of the venue's storied history, with impassioned sets from the Lucky Tomblin Band, Ruthie Foster, and Carolyn Wonderland, who opened with a rapturous rendition of Bob Dylan's "Heartland," in honor of the time she met the raconteur there in 2003 (see "Miss Understood," May 2). Yet the circle may remain unbroken. On proud display near the entrance were site plans for the new Backyard designed by Sixth River Architects, which handled the renovation of the Austin Music Hall. While no ground has been broken, the 7,500-capacity upgrade, located on 37 acres bordering Bee Cave Central Park off of Highway 71 West, is already being touted as the "greenest venue in the world," complete with treetop decks, an artificial pond, and an artist's oasis, not to mention plenty of on-site parking. Stay tuned.

•Trick Aarrgghh Treat: Austin's Jolly Garogers are hosting a donation drive to help send kids from the LifeWorks Shelter for Homeless Children to the terrifying House of Torment at Highland Mall (see "It Came From the Back Yard," Oct. 3). Help out by attending the band of pirates' show with Bob Schneider at Antone's on Halloween or by making a $10 donation through Front Gate Tickets.

• Verizon Wireless Amphitheater in Selma, which opened in 2001, is close to being sold to an undisclosed party and will no longer serve as a music venue.

• Chronicle Music scribe Margaret Moser will interview noted blues scholars Ted Gioia and Alan Govenar on Sunday at 1pm as part of this weekend's Texas Book Festival, prefacing a crash course in Austin blues courtesy of W.C. Clark in the Music Tent on 11th and Colorado. Other musical footnotes from the free, two-day event include sets from murder balladeer Jesse Sublett with Jon Dee Graham, Terri Hendrix, and Shelley King, not to mention a panel on Clear Channel Communications (moderated by Andy Langer) and discourse with Willie Nelson biographer Joe Nick Patoski. See "Hallowed Ground" for more on the festival, and the complete schedule can be found at www.texasbookfestival.org. 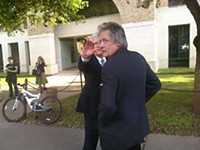 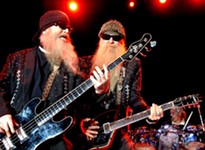