Direct Events owner Tim O'Connor distinctly remembers the first show at the Backyard, on May 7, 1993. As the skies gradually cleared after three days of rainfall, he stood behind one of the fences near the front entrance and watched the expression on each patron's face as the crowd entered to see Willie Nelson.

"It still gives me chills when I think about it," smiles O'Connor in fond recollection from his executive office above the venue, which was originally a restaurant. "There were so many people who said it couldn't work – that it was too far away – but before the night was over, it was a raging success."

Over the past 16 seasons, the Backyard has harvested a local legacy on par with lost Austin haunts such as the Armadillo World Headquarters and Liberty Lunch, hosting more than 400 shows, overseen by the stars and unrivaled in its scenic seclusion. 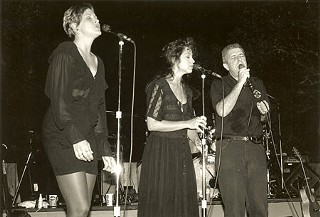 "I wanted it to feel like the old Austin that I knew with the Soap Creek Saloon, from the mud in the parking lot to hearing guys like Doug Sahm," says O'Connor, who got his feet wet at Castle Creek in the 1970s before owning and operating the Austin Opera House (see "Ruling the Roost," June 1, 2001). He purchased the Backyard in January 1993 with Jeff Blank from Hudson's on the Bend, slowly transforming the venue into a 5,000-capacity Hill Country oasis, followed two years later by its Downtown counterpart, the Austin Music Hall. The considerably smaller Glenn was added to the Backyard's grounds in 2005, around the same time the corporate concrete sprawl known as the Shops at the Galleria opened, making parking for the venue a constant stress. O'Connor cites the development as the primary reason why Direct Events has decided to close its current configuration of the Backyard after this weekend.

"The experience had lost a bit of its magic, and I didn't want to take on any of the challenges of being in the middle of a shopping center," says O'Connor, adding that the issue has improved this season. "I would have thought that as the community grew up around us, we would have been included a bit more." 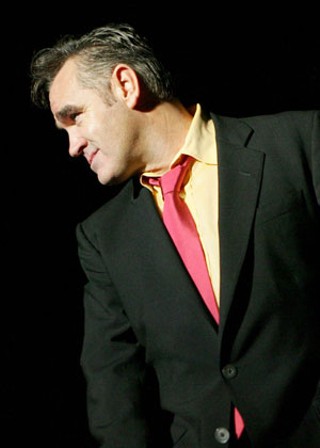 Even then, however, there's no guarantee the venue will close its doors for good.

While the Backyard's 8.3 acres currently list for $12.6 million through Texas Realty, O'Connor is strongly considering taking the property off the market and transforming it into a more intimate and locally oriented attraction, akin to its early years or that of the Nutty Brown Cafe and Amphitheatre. He also has two tracts of land under contract at the northwestern corner of RR 620 and Highway 71 West, totaling 57 acres, which are tentatively planned for a new venue, upon approval from the city of Bee Cave. 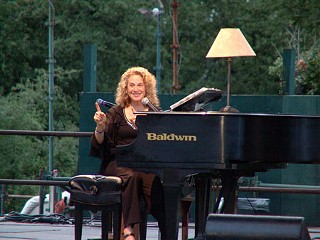 "We're not real sure what we're going to do," O'Connor admits. "I'm going to see how I feel after Willie and hopefully come to a decision." 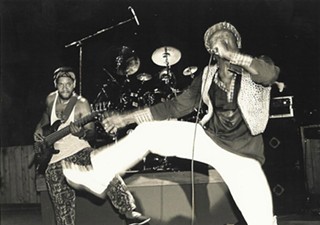 Lord of the Board

The famed Texicalli sandwich found its way onto the menu at the Austin Music Hall on Sunday as friends and family gathered to pay tribute to the eternal Mayor of South Austin, Danny Roy Young, who passed on Aug. 20 of a heart attack. Highlights from the evening, which also served to retire the debt of the Texicalli Grille, included the wasteland blues of James McMurtry (pictured) and the Cornell Hurd Band's rubboard waltzes, but no song better encapsulated the mood of the gathering than Ray Benson's poignant and fitting rendition of "Angel Flying Too Close to the Ground." Margaret Moser shares more memories from the evening at austinchronicle.com/earache

• City Council approved a resolution on Thursday to extend the deadline for the Live Music Task Force's findings and recommendations, which will likely include the creation of an Austin Music Office, to Dec. 31.

• Trailer Space Records on the Eastside has ceased operations due to "family issues," according to the store's answering machine.

• Want to be an original Austin punk icon for Halloween? The estate of Randy "Biscuit" Turner is holding one last fire sale this Saturday and Sunday, 9am-5pm, 2110 Deverne. OTR's predecessor, Chris Gray, breaks down his native stomping grounds, Houston Rock City, in the October issue of Spin magazine, but plenty has changed since going to press. A House of Blues opened last weekend, while Hurricane Ike destroyed Galveston's historic Balinese Room, famously name-checked by ZZ Top and host to the likes of Frank Sinatra and Bing Crosby, and damaged both the Old Quarter Acoustic Cafe and Cynthia Woods Mitchell Pavilion. TCB himself spent five nights without power in his digs above H-town's Continental Club, grooving to the Never Ever Land: 83 Texan Nuggets From International Artists Records 1965-1970 on a battery-powered boom box. "Let's just say I lost myself in 'Hot Smoke and Sasafrass,'" Gray smiled. 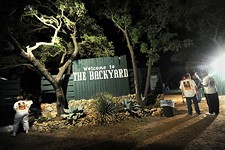