Black Belt of the Rodeo 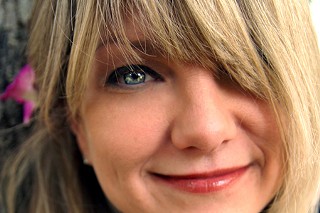 Here's a life lesson Paula Nelson learned the hard way: When your father's modern country's most famous rebel and your mother's a spitfire mover and shaker, life's journey is guaranteed to be hairpin curves, roadblocks, and miles of open highway.

As the first child of Willie Nelson and his third wife, Connie, Paula was born in the emotional crossfire of the singer's crumbling second marriage and new love with his future spouse, a scene repeated cinematically and in her own life. Behind her father's fame, the brutal glare of publicity took a predictable toll on Paula, but her mother's persistence and her own desire to shed the drugs of her teenage years paid off: She discovered she could sing.

Yet stepping up to the microphone in the long shadow of a famous legacy presents its own problems. Just ask those whose last names are Cash, Lennon, Jennings, or Dylan. Nelson chose a lower-profile approach in her willingness to learn to crawl before she could rock.

Make no mistake. Paula Nelson's a sweetheart, but this isn't her first time at the rodeo.

Minutes before her 2:30pm set on opening day of Austin City Limits 2008, Paula Nelson, 38, walks between a monitor and the microphone on the BMI stage. A hot-pink flower nestles behind her ear in a soft mane spun in a multitude of blond shades. It frames her face prettily, much as the celadon green of her bell-sleeved blouse matches her feline eyes. It doesn't look like she's running on four hours of sleep.

Her set weaves favorites "Standing Tall" and "Baby You're Mean" from her recent CD, Lucky 13, with cover "It Ain't Me, Babe," new tune "Riddles and Rhymes," and classic duet "Jackson." Backed by guitarists Landis Armstrong and George Devore, plus drummer Kevin Remme and bassist Chris Johnson, Nelson's twangy roots groove resounds with veteran precision. It's the sound of someone bottle-fed country but who developed a taste for singing and writing blues.

"It's such therapy to get a song on paper," explains Nelson of the process. "The songs on Lucky 13 are already the last chapter; I've written nine new songs for the next CD I'm calling Little City's Last Call. I decided I shouldn't have any limitations about what I write about, just write what I feel. And it's cheaper than therapy."

And rehab. Nelson was a toddler when her father led the outlaw country movement. Willie Nelson's ascent into superstardom came with its own set of difficulties, including a celebrated showdown with the IRS and so many busts his name became synonymous with high-dollar weed. After her parents' divorce – a sequence of events mirrored in the not-so-fictional 1980 film Honeysuckle Rose in which actress Amy Irving co-starred both on- and offscreen – Paula moved with her mother back to Austin and enrolled in the notoriously snobby Westlake High School.

"It was tough going to Westlake. I was 16 and had been living in Colorado since grade school where it didn't matter, but to be Willie Nelson's daughter in Texas was huge. [By 12th grade], I was doing a lot of coke, anything I could get my hands on, really. Adolescent angst. I got tired: tired of the scene, tired of it all."

Enter former Dallas Cowboy Thomas "Hollywood" Henderson, who stood by her mother, Connie, when she steered the high school senior into a San Diego treatment center. Not only did she complete treatment, but she graduated via correspondence courses, thus becoming the first Nelson to earn a high school diploma. Like many recovering addicts, she became a counselor, thriving in balmy Southern California. A visit to Austin changed her direction, thanks to Clifford Antone's encouragement.

"I went back to San Diego with a fire under me," recounts Nelson, beginning to giggle. "I started going to karaoke bars. I'm 20 years old singing 'Crazy' in a karaoke bar because it was safe to sing, like 'Love Will Keep Us Together.' On the monitor it said, 'Crazy, written by Willie Nelson.' Get outta town! I felt like such a schmuck! I thought Patsy Cline had written it. I had no clue my dad wrote it."

At Satellite Cafe in Oak Hill, a short drive from her home in Dripping Springs, Nelson orders fish tacos, "because I'm a creature of habit and always order the same thing."

Maybe that's one way of keeping a handle on things when other aspects of life derail. Not long ago, she moved to Colorado and married. Putting her career on the back burner, she became a massage therapist. Then the marriage fell apart.

"I moved back here, got divorced, and said, 'Let's get the band back together!' I had to get away from here to really appreciate the band."

Other events marked a change in Nelson's life since her return, such as getting her tae kwon do black belt. She appeared in Friday Night Lights, served as a stunt double for Jessica Simpson in one of her father's videos, and pranked the world on YouTube. Nelson posted a clip (www.youtube.com/watch?v=cAWt2y7yuKA) from her ongoing Saxon Pub residency in which an audience drunk harassed her onstage. Her martial-arts kick sends him flying. You might say her life is an open book.

Certainly, her father's been the subject of several books, most recently Willie Nelson: An Epic Life by local author Joe Nick Patoski. By extension, Paula's life is documented in it as well. And while long divorced and since remarried, her father and mother are supportive of her and friendly with each other. When Connie fell and cut her lip recently, Willie drove her to the emergency room. To comfort her on the way, he sang, "If you had not fallen ..." from "Angel Flying Too Close to the Ground."

"I was okay with the book. To be honest, I haven't read the whole thing, just my parts," she laughs. "I immediately called my mom and said, 'Thanks for making me the drug addict!' But I don't have anything to hide about that part of my life. I'm not terrified anymore of what people think. That used to terrify me, thinking that people were really focusing and judging. It affected everything."

Finishing the last bite of her fish taco, Paula Nelson pushes the plate aside, blots her lips, and laces her fingers together. With no prompting, she addresses the universal question for women: How do you balance a personal relationship and a demanding career?

"I'm single. I'm not so sure I'm good at the other stuff, and I think I came by that naturally. There's not one woman left in my family that's still married. I don't think that's anything bad; I just think it's hard to be gone all the time.

"I don't believe in fairy tales anymore. I don't believe that there's a set way it's supposed to be anymore. I wanted that pretty white dress and a walk down the aisle, forever and ever, one person for the rest of your life. Kudos to the people who have done that, but it takes a lot of work. I'm just not going to put up with any crap anymore. That's another thing that's freed me up. I'm going to live life for the moment. I'm not going to worry about the past. But I'll write about it.

"I know some people will come out just to hear Willie's daughter, but I'm confident when they leave, they'll know Paula Nelson, too."

"I'm an Eighties girl," Paula Nelson admitted, and it's true: She entered her teens about the time MTV blasted off. That era shaped Nelson's already-rich musical upbringing and gave her impetus to color outside the lines. Her five favorite female vocalists include Bonnie Raitt, who Nelson watched come into her own that decade, and it's Raitt she most resembles: the tough-skinned blues mama with a liquid heart. Like Raitt, Nelson's songwriting is by turns confessional and yearning, tinted by regret but never wallowing in self-pity. Nelson gleefully picked four videos from those spandex years that meant the most to her. 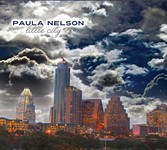