Meeting at the crossroads of American music 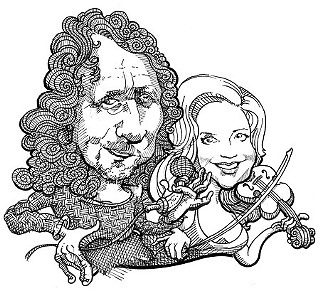 
Eclipsed by darkness, Robert Plant and Alison Krauss enter the Nokia Theatre in Dallas from opposite ends of the stage and, in noticeably mirrored movements, slowly make their ways toward the center. It's almost as if the two are meeting at an imaginary crossroads, somewhere between his Delta blues and her Appalachian folk.

The two are a complete study in contrasts. The grizzled former Led Zeppelin frontman prowls the stage like a caged lion, yearning to roar, while the bluegrass belle and Union Station conductor, dressed in a long, black dress and knee-high boots, stands solemnly and with refined elegance. Evocative in their shared restraint, the couple opens with "Rich Woman," the lead number from their 2007 platinum collaboration, Raising Sand, followed by a sensual rendition of Ray Charles' "Leave My Woman Alone." Both are subtly seductive, their lucid harmonies enveloped with a rich, gothic Americana sound that crackles like vintage vinyl. Opposites clearly attract.

"This was a chance for everyone to step out of their box and redefine or revisit American music," Plant told the audience that night in July. Producer and Fort Worth native T Bone Burnett elaborates on the idea. "The sound of Raising Sand is where the river meets the ocean, that water that's neither fresh nor salt water," he theorizes. "It's a very classic sound we're going for, something that could have been recorded anytime in the last 70 or 80 years. I wanted people to feel as though they're sitting in a room with the musicians the way those beautiful old hi-fi records did."

There's a mythical quality to Raising Sand that's altogether timeless, an evasive truth streaming through interpretations of songwriters such as Townes Van Zandt, Gene Clark, and Tom Waits. The band's live revue, directed by Burnett and with support from Buddy Miller, takes the project one step further, incorporating Zeppelin standards "Black Dog" and "When the Levee Breaks" along with gospel selections and traditionals. Plant and Krauss plan on recording a follow-up that may even include some original material.

"Generosity is the hallmark of an artist, and the generosity with which Alison and Robert approached this had a great deal to do with the places we were able to take it sonically," explains Burnett. "They both have wild imaginations and impeccable taste and a really good sense of what they're willing to do and what they're not willing to do. We're not trying to do anything that's really been done before, so that gives us a lot of freedom."