This isn't his first rodeo 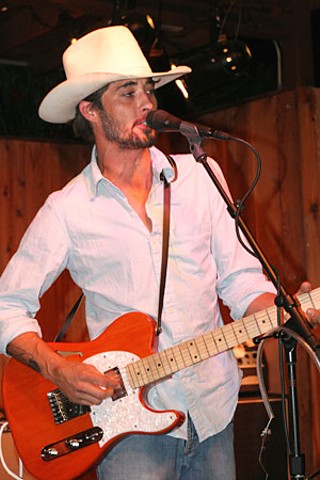 
Ryan Bingham rattles off the injuries he sustained as a professional bull rider the same way country mavericks like Waylon Jennings list their No. 1 hits.

"I broke a few bones in my hand," he shrugs with a slow, Texan drawl. "I broke a leg. I've been knocked out a few times. I got my teeth knocked out. That was probably the worst of it. I was lucky to get out of there without being hurt too badly."

The rusted glory and restlessness of the Southwest rodeo circuit is branded into the gravel voice and ragged roots of the 27-year-old Bingham, who sharpened his spurs as a songwriter while still seeking his eight seconds of fame. "I used sit in the back of the truck and make up these songs and play at the tailgates at rodeos," Bingham recalls. "If we were at a bar in a small town and not many people were there, people would bug me to bring in my guitar and play. I was paying my dues, learning how it all worked."

"Bull riding isn't that much different than the life of a musician," Bingham posits. "You're trying to ride an uncontrollable force, there are no rules or limits or regulations, and there's a freedom in it that's also a bit terrifying. You can learn a lot about yourself through some of those scarier moments."