Shapes Have Fangs' Dustin Coffey holds forth on 'Kinda Kinks'

It's Monday at Rio Rita, and patrons are lounging around the Eastside bar, waiting to play 45s they brought for the weekly Love & a 45 night. The sweat of a late-July summer night rolls down backs and foreheads, the perfect accent to the crackling, popping, and scratching, all grooves and dust and needle. Sometimes you forget how nice it is to listen to that.

"These outfits are so good," he laughs. "I've never seen them dressed like that before."

Coffey, the singer and guitarist of local quartet Shapes Have Fangs, picked this album as a band favorite. Kinda Kinks was Ray Davies sharpening his songwriting skills, a vision of what was to come with more critically popular albums like 1968's The Kinks Are the Village Green Preservation Society or 1971's Muswell Hillbillies. It's often slammed for sounding rushed (which it was) or mediocre. Yet the band was on to something, crafting sweat-breaking power chords that set it apart from other British Invasion bands like the Beatles and the Stones. For the early 1960s, it was heavy metal.

"It's such an underrated album; nobody ever talks about it as being their favorite," Coffey muses. "Everything's so simple and stripped down; the drums are so crisp – it's almost like a Stax record. That's one that sort of, at least rhythmically, guided us toward a certain point. More than anything, it was their rhythms."

SHF's R&B pop tones certainly come from revisiting the music of a certain time; Coffey's father introduced him to the Kinks and bands of that ilk, but he and the other members also dig the Meters as much as old country. Shapes Have Fangs aren't trying to replicate that era; they've a reverence for it. Since forming in 2006, they've tweaked and fine-tuned their sound, becoming a tightly wound force live. Coffey stomps down melodies with guitarist/keyboardist Skyler McGlothlin, as brother/drummer Evan McGlothlin and bassist Josh Willis lock into a groove and ride it hard. It's the kind of music that would sound good with those snaps and pops. Alas, a 7-inch is set to come out next month on Austin's Business Deal records, with a full-length following next year.

Austin Chronicle: You talk a lot about rhythms. What are some of the songs that really nail that?

Dustin Coffey: Well, of course, "You Really Got Me" and "All Day and All of the Night," that chugging sound, and the album opens with "Look for Me Baby," which has that real syncopated rhythm. They weren't doing Merseybeat, but they weren't doing typical blues either. "Got My Feet on the Ground" and "Wonder Where My Baby Is Tonight" are almost like country rhythms sped up. There were all these different speeds. "Everybody's Gonna Be Happy," we studied that one for a long time. It's almost a rave-up rhythm, but Mick Avory's playing like a beat behind. It took me awhile to figure out what he was doing, basically taking a standard R&B rhythm, like something someone would sample for a hip-hop beat today, and instead of starting on the one, he starts a beat later. It creates another rhythm altogether. When I figured out what they were doing, it blew my mind.

AC: So, this album became a kind of framework for the band?

DC: It was the aesthetics: the drums, the bass, relying on rhythm rather than trying to write a bunch of pompous arrangements. I've heard people say the production on this album isn't very good, that it's not as dynamic as the later stuff. This album came out right before the Beatles' Rubber Soul, and Brian Jones, what he was doing with the Stones at the time, he's kind of credited with introducing this ragga flavor, but a song like "See My Friends," which came out months before, introduced those chords.

AC: It always struck me how you could hear the four different instruments. They very much had their own pockets.

DC: Especially Dave on guitar; he was almost another drum. It was like they were all rhythmists.

AC: And yet they never really blew up commercially.

DC: They just had bad luck, and lucky for guys like us, they never blew up the way the Beatles and Stones did. That first U.S. tour they did [in 1965, when they were banned from the U.S. for four years] was just horrible. I read they played a high school in Illinois, and no one showed up except for John Wayne Gacy, who booked the show.

AC: It seems like they've become a common thread for a lot of bands in Austin right now.

DC: Yeah, we've all kind of gravitated toward each other, but I think what's cool is that it's kind of like what was happening in the 1980s with the Gories, other revivalist bands like that. I'm a huge fan of the Fall, and you can see how Mark E. Smith was influenced by the Kinks; you can kind of trace that whole lineage, right up until now. The bands in Austin, I think, are all pretty much aware this has all happened before, and everyone's interested in not doing the same thing again. When I moved here 5½ years ago, there wasn't a scene like this really, a cohesive style in common. It seems like now people are more interested in putting on shows with similar bands.

AC: What do you think that means?

DC: That a lot of bands have the same idea, but they're trying to create something, not re-create. We're not just hung up on sounding like Kinda Kinks. People did Merseybeat to death; people did the Ringo beat to death. You have to work to become something different than your influences.

AC: So, there won't ever be any matching outfits? 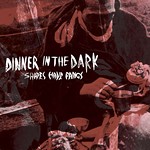 Shapes Have Fangs
Dinner in the Dark (Record Review) 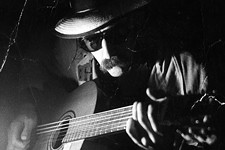 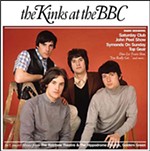 The Kinks
At the BBC (Record Review)