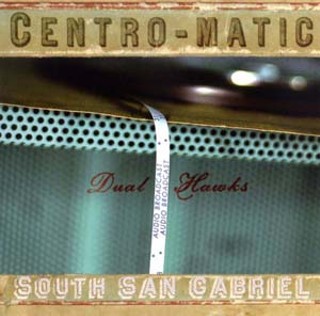 
Listening to Dentonite brother bands Centro-matic and South San Gabriel back to back creates discrete moods even though the players are the same. Where Centro-matic is playful, plugged in, meanderingly poignant, South San Gabriel embraces menace, melancholy, and shades of midnight. After Dual Hawks, maybe all albums in these two bands' catalogs should be listened to in tandem. On the Centro-matic disc of this 2-CD split, a few songs end with singer Will Johnson drawing out a final note, an impish grin in his voice, whereas no playful outros are found on South San Gabriel's half. Centro-matic relies on standard rock-band instrumentation, flirting with its Flaming Lipsian side, while South San Gabriel is all forlornly bowed upright bass and cello. Listen closely, and read the lyrics in the liner notes (found on www.centro-matic.com), and the thematic sensibilities linking the two albums emerge: poison, departures, distances, a sense of moving while standing still – immobilized, even. Compare the contemplative, Dirty Three-esque "When the Angels Will Put Out Their Lights," South San Gabriel's tale of addiction that rips a love affair asunder, to Centro-matic's "Strychnine, Breathless Ways," a barn burner of broken love that clocks in at less than two minutes. Aesthetically, South San Gabriel trumps Centro-matic, boasting the beautiful, vaguely Eastern "Trust to Lose," with production-infused electronic geegaws that don't strip the song of its earthy, acoustic feel, and the drawling, pedal-steel-drenched "From This I Will Awake." Ultimately, Dual Hawks will change the way listeners approach these two bands, a dream in and of itself. 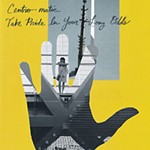 South San Gabriel
The Carlton Chronicles:Not Until the Operation's Through (Record Review)