The Mayor of Washington Boulevard 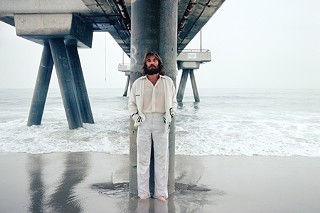 There's a problem in paradise.

At the far left side of America, near a perfect spot of beach where bohemian Venice, Calif., blends into the tony Marina del Rey, all's not right on Washington Boulevard. It's fall 1983, and things are turning crispy. Reaganomics has started to make itself seen and felt. Streets aren't being swept, and those trying to live on them no longer feel quite as welcome. Summer's over, and the crowds have left: gone back to school or the Midwest, where life might not be as exciting but is a whole lot safer. There's even a new drug sneaking around the underground: crack cocaine. Those trying it are gone, and they're not coming back.

At the end of Washington is the Venice Pier. The serious fishermen show up at midnight and stay all night. They've got company from an assorted batch of 1960s hippies who couldn't quite figure out the 1970s and are now caught on the treadmill of chasing a hopeless high. When the marine layer is so thick that it blocks the morning sun and the Pacific Ocean has lost its summer joy, life down here edges more toward a nightmare than the promised land.

Perfection has a downside, and this is where it lives.

One man among these street regulars still has a shine. Dennis Wilson helped create the California dream. As a youngster, he was a natural athlete, and once he discovered surfing, Wilson found his groove. His brothers, Brian and Carl, were starting a band, and their mother insisted they add Dennis as the drummer. Before long, the Beach Boys were playing teen hops and recording local hits. By 1963, they'd become America's most glorious group, and their drummer, even sitting in the back behind his swirly kit, was the one everyone wanted to be. He was a powerhouse, a pounder who sent out an animalistic strength, someone who carried himself like he knew he had few equals. Carl, Brian, and singer Mike Love might have formed the front line, but Dennis Wilson was the Beach Boy. He knew it, and now he can't forget it.

Twenty years later, the curse of having everything has taken its toll. The drummer is no longer even allowed at Beach Boys shows. He's living on his past but doesn't seem to care. He made that deal a long time ago and now follows the thread to the very end. Some days he howls at the sun, gripped by walking dementia, and on others he's all smiles, with his new baby in a crushed-velvet stroller that probably costs as much as some cars. Or he'll pull up in front of Nick's liquor store in a cherried-out 1956 baby-blue T-bird convertible, leave it running, and hurry back out with a half-gallon of vodka he's stolen from behind the counter, cackling like he just graduated from the cuckoo's nest.

We bump into each other for the first time on one of those days, literally, and he steps back like he's ready to take a swing. Wilson's eyes are flying saucers, spinning in their own orbit, though it's not even noon. I say hello and ask if it was hard playing a right-handed drum kit left-handed, hoping that takes the bite out of him. Obviously thrown, he pets the large dog at his side, looks at me sideways, and tells me that the animal can smell "queers," then jumps in the Thunderbird and roars off.

The next morning Wilson's back for more vodka, but without the dog. He sees me and smiles, like I passed the dog test. Relieved, I ask him about his 1977 solo album, Pacific Ocean Blue, and if he's going to make another one, telling him those songs are like white soul music from some secret planet. His eyes tear up, and I'm afraid he's going to have a nervous breakdown right there on the sidewalk.

We go sit down on the low seawall, where he immediately jumps into the bottle of vodka. For the next hour, Wilson tells me how much that album meant to him and how many more songs he's got squirreled away. He just doesn't have thick enough skin to try it again.

"No one listened," he moans, "not even my brothers."

I can feel what's happened to him, the chance he took as the first Beach Boy to make a solo album and then having it largely ignored. Underneath the lion's glare, there's clearly the soul of a child that never grew up, one that's been patted on the head all his life as the problem brother, never heard.

It wasn't really a surprise when Dennis Wilson died a few months later. As one of his close friends said, "He drowned way before he ever hit the water."

He was running out of options in December 1983, living on a boat in Marina del Rey. He dove beneath it – said to be looking for an old photo of third wife Karen Lamm – and he didn't resurface. Or so the legend goes.

For many, that was the end of the original Beach Boy, Dennis the man who brought one of the biggest rock & roll bands of all time to life. Like all great legends, that's not where this one ends, because through the sonic miracle of reissues, Wilson's Pacific Ocean Blue has come back to life 31 years later in glorious expanded form from Sony's Legacy Recordings. There's now a chance to hear how much more there was to the black sheep of the Wilson clan, the one who did everything from befriending Charles Manson to living with Fleetwood Mac's Christine McVie. It turns out that deep in his heart, Dennis Wilson was a true believer in the power of love and was able to create songs of such sophistication that many musicians didn't believe they were his. Beneath all the headlines of fast cars, wild women, and bountiful drugs was a composer, someone who spent endless months in his Brothers Studio in Santa Monica, chasing the music in his head even more than he did the hedonistic lifestyle he helped conceive.

The first track on Pacific Ocean Blue is "River Song," and for those who listened in '77 when it was released, the music felt like a jolt to the mind. By then, the Beach Boys were trying to reinvent themselves with each new album, sometimes with more exciting results than others. There were different versions, whether Brian Wilson was really "back" or not, but it was obvious the band was being torn in different directions. What was amazing about POB was the singular strength of its vision. It was like the drummer had been taking night classes and suddenly became the star student. His voice may have been shredded around the edges, but the depth of Dennis Wilson's feelings was floating right on the surface. The man who played the drums like he was in the middle of a bar fight was transformed into someone who was ready to take our hand and lead us into the light of love.

As the album's songs progress, they start sounding like the great lost Beach Boys album, one that had been submarined because the singer wouldn't behave. "You and I," "Time," "Dreamer," "Rainbows," and "Thoughts of You" could take their places on any of Brian Wilson's long-players and hold their own. Even when the recordings drift toward an overclutter of players, there's always a force of vision that keeps the sound centered and moving forward. By the end, Pacific Ocean Blue stands as a landmark in the Wilson family's history, and its lack of success didn't stop Dennis from chasing his California dream.

A second album's worth of songs was started, to be called Bambu, and makes up a second disc of the POB reissue. By then, Wilson's voice was falling victim to continuing abuse, and he couldn't catch his breath long enough to stop the slide into self-destruction. He had changed producers but lost some of his vision. Family battles kicked in harder, and the drummer saw his place in the band shrinking. By the start of the 1980s, he was MIA onstage and spending more time with the street characters in Venice than with the band he had inspired into being.

Many would say Dennis Wilson lived a tragic life, and depending on how you keep score, they'd be right. He died at 39, with a string of defeats behind him. He also accomplished more than anyone ever predicted. During the 1960s, the young musician from Hawthorne, Calif., had the run of Hollywood, his generosity preceding him everywhere he went. There are hundreds of Dennis Wilson stories still told in the city, and when the sun's out and the surf's up in Venice, the man's spirit comes in with each wave. His brother Brian is adamant that Dennis' talent equals his own.

"He might have looked out a different window than me and Carl," says Brian Wilson today, "but he had the biggest view. I loved him so much."

Fall 1983, I was asked to write and record a spoken-word piece for an album called Neighborhood Rhythms. The assignment was to choose a subject that reflected where I lived. In the Venice/Marina del Rey area, that could only be Dennis Wilson. He was the mayor of Washington Boulevard, someone who'd walk down the street and draw a crowd, whether you knew who he was or not. Wilson had an inner spirit that radiated out, casting a spell on those around him. His secret was that he was just like everyone else, but more so, and that included his mad dash toward the finish line.

When the musician who sparked a million dreams drowned on Dec. 28, 1983, my poem "Marina del Dennis" felt like an obvious afterword, and I always thought it didn't really reflect his majesty. Yet there's a beginning and end to every life, we find out, and while Wilson's final days may not have been pretty, they were always real, which is what made him the happiest of all. Life isn't for everybody, it's said, but for so many years, Dennis Wilson lived his like he had invented his own dream.

Visit www.sonicboomers.com for an interview with Dennis Wilson collaborator Stephen John Kalinich and other music coverage.

"My dog smells queers," he says 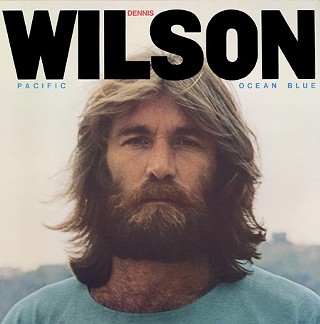 He's the dream kid at the tail end of America

Burnt red to a scruffy crisp

No way would Popeye be too proud of this beached boy

Prowling the street named after our most famous father George

A southpaw living on cottage cheese and bad blood

Every day it's the same

No stripes, no stars, just a shaggy dog bar backed by an endless buzz

So what's left? Stick Old Glory in his skull

A few lit sparklers in each arm

And turn him toward the ocean for one last lonely dance

But drummer Dennis, the sweet and sour Marina menace

Has it figured different

There's no one behind him

I listen, he looks, we smile

While the surf applauds its most famous friend

Then with a wicked grin to match the new moon he asks,

How much for the dog?"

There are no takers tonight in Marina del Rey