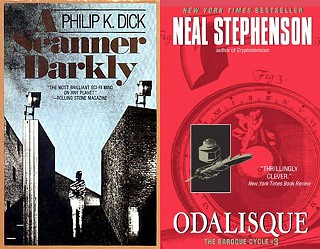 This seminal Brit crops up everywhere from Joy Division ("The Atrocity Exhibition") to Steven Spielberg (Empire of the Sun). Primarily concerned with inner landscapes of the human psyche rather than space opera.

Start with: High-Rise or Concrete Island: A Novel.

Move on to: Super-Cannes: A Novel.

If you've seen Blade Runner, Total Recall, or any of the other films inspired by PKD, you're already familiar with the watered-down version of this famed Berkeley meth-head's tortured fever dreams.

Start with: Ubik or any of his short-story collections.

Move on to: Elegiac masterpiece Valis or designer drug nightmare A Scanner Darkly. 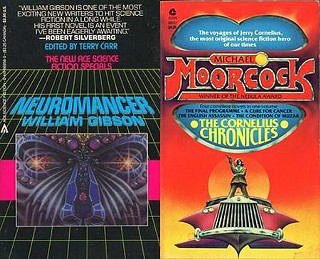 Stephenson began with the college hijinks of The Big U and the environmental parable Zodiac, but really hit his stride with the high-tech Victorianism of The Diamond Age: Or, A Young Lady's Illustrated Primer.

Move on to: The Baroque Cycle, a recently completed three-volume work.

This bespectacled British Columbian got the whole cyberpunk ball rolling along with Austin's own Bruce Sterling, with whom he co-wrote the quintessential steampunk book The Difference Engine.

Start with: Neuromancer, the proverbial 800-pound gorilla of cyberpunk.

Move on to: Virtual Light or his last, Spook Country: A Novel.

Start with: Mother London, in all its multifaceted glory. 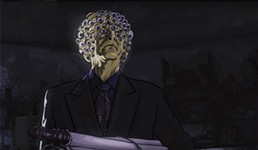 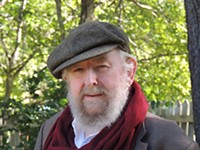 Sanctuary in the Past
In The Whispering Swarm, Michael Moorcock confronts ghosts – history's and his own – in a secret area of London