Dizzee Rascal, from the manor to America 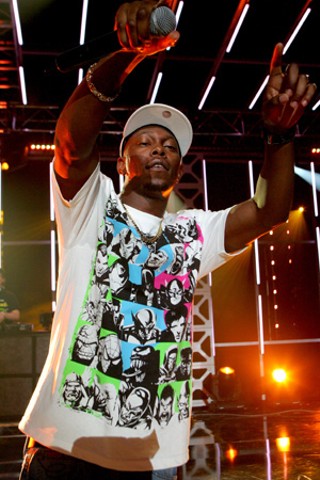 Those down with the UK way first got hipped to East London's Dizzee Rascal in 2003, when he swiped the famed Mercury Music Prize – given each year to the writer of ye Olde Isle's best album – out from under the noses of native hard-hitters Coldplay, Radiohead, and the Darkness. Then a mere 18, Dizz (born Dylan Mills) threw rude-boy lyrical lashings over unabashed British drum 'n' bass beats, popping out Boy in da Corner to global acclaim.

With grime-rap suddenly borne out of thin air, Rascal, now 22, remains the game's architect. Embellishing dub-centric clubbers and the same unbendable MC work that made Boy in da Corner stand so alone, the rapper followed his debut with 2004's Showtime (XL, Matador), a sneering stack-o-sounds that winds and spins its way through each of the Rascal's multiple adolescent influences. In 2005, he launched Dirtee Stank Recordings and signed fellow Brit grimers Klass A and the Newham Generals.

The rapper's new drop, the brash Maths + English ("Phases & Stages," June 27), is Rascal's most ambitious and accessible to date. His move to the Definitive Jux label, much larger than Matador and known for turning out a steady stream of alternative hip-hop, forced his creative hand and rebranded grime into the American lexicon. We caught up with the illusive Rascal somewhere between Germany, London, and New York City.

Austin Chronicle: With your feet set in the United Kingdom, how's it feel to make waves on the other side of the Atlantic?

Dizzee Rascal: It means a lot, because a lot of American hip-hop has influenced me – as well as rock & roll. I'm very much influenced by all forms of American art, everything from movies to music, whatever. To get coverage there and get involved there is a big thing for me, man.

AC: As you were developing your style, what sounds did you take from American music and what was taken from England?

DR: Hip-hop and R&B was what I pulled from America, and grunge and things like that. From England, it was more drum 'n' bass and garage music.

AC: What Americans did you learn from?

DR: Oh I listened to it all, man. Everyone from Tupac, Snoop Dogg, Bone Thugs-n-Harmony, Three 6 Mafia, Korn.

AC: What was it like to work with UGK?

DR: It was an honor. I got real close to Bun B. He's a real dude, really diverse. He's not just a gangster rapper. It makes my outlook more positive. People sleep on things like that he's married. He's got all that set up. You know, he's shown that you can act normal and still be a rapper.

AC: Is there a desire to establish yourself as a part of the hip-hop world instead of the rave scene?

AC: Are there any fears of being typecast to a certain style?

DR: The single that I just put out in England, it's called "Dance Wiv Me" and features Calvin Harris and Chrome. It's been number one for two weeks on the UK singles chart. It was released independently on my own label, Dirtee Stank, and it's the first single to have gone number one fully independently in the UK in 14 years. Since 1994, there hasn't been a song in England that's gone number one independently. So I'm a pioneer for whatever, but I don't really mind. I just hope people get something good out of it, some form of inspiration. I'm just diverse, but people like to throw in labels all the time.

AC: Do you think an American audience needs to be in touch with your subject matter to stay interested?

DR: I think it's gonna take people some time to get over my accent. In regards to America, some people just break through. Some of the best songs in the world, you don't know the lyrics to them; you just know the hooks and how they sound. That's just the way it is.

AC: You speak to the music business on Maths + English's "Hard Back (Industry)." How has your outlook on the business changed since Boy in Da Corner?

DR: I feel a lot more in control than I've ever been. I'm a lot more confident about my situation. A lot of people [in the industry], from what I've seen, are out of touch. They're business people, but they're not really music people. They don't know that side there. Those people can't really see what I see.

AC: What's made you more confident?

DR: I was able to put a record out on my own. When I was taking around Maths + English to record labels and all, a lot of people weren't understanding it, not getting the music. It's not fucking rocket science, you hear me? It's pretty easy to understand; you just gotta see where it fits. And if you can't see where it fits, and its place in music, then you're lost then, innit? All the great music that's ever come out's been new, innit? It's been new, and it's made people enjoy themselves.

AC: In "World Outside" you say, "There's a world outside of the manor, and I want you to see it."

DR: Where I come from, "manor" is slang for the 'hood. We're not talking about a country manor; we're talking about the 'hood. There's more and more to the world than guns and violence and poverty and falling into the happenings of street life.

AC: Where's the rock & roll influence come from, the rough guitars and general chaos of "Sirens"?

DR: It just happened in the studio. I was playing the drums and Cage [Dizzee's engineer and manager] was playing the bass. He put it through a plug-in and distorted it, and that was the main track. Then the second half of the track, when it goes into the big fucking rock whatever, that was based on a Korn track called "Heads of State." That big heavy metal thing.

AC: What's it going to take to get Americans paying attention to your subject matter?

DR: It could be anything, you don't know. Strange things have happened. Just one song needs to connect. It might not be hot fire, but it may be enough for people to look at me. People have careers for ages, 10 years, before people catch on and then go back and retrace their steps.

AC: Is it a priority?

DR: If they get it, then they get it. If they don't, whatever man. I'm not American, so it's not that big of a deal. It would be nice, but it would be understandable.

AC: What about the fact that hip-hop developed in America? Earlier you listed all those artists you paid so much attention to growing up.

DR: Yeah, to an extent, but not completely. I worked with UGK, and that was out of respect. They asked me, and I asked them, and whatever. I've supported Jay-Z, and I've supported Justin Timberlake, people like the Red Hot Chili Peppers. All of my heroes, those great artists in America, they all pretty much know who I am.

AC: And they're all listening.

DR: It's that factt that connects me with everyday Americans. It'll happen; it's just a matter of time. 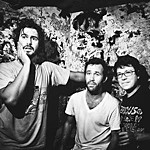