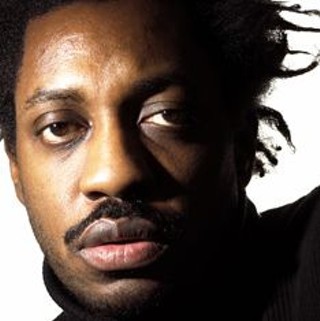 "The first time I worked with the Stones, during the Dirty Work album, Bert [Richards] was there, sitting on the couch, listening. I thought: 'Wow, this is cool. He's hangin' – listening to his son's band. Fantastic. Absolutely fantastic.'

"You can't just walk into a studio and say. 'Do this.' You have to gain trust. It's more elaborate than production, the building of trust. Los Lonely Boys love and trust one another; to let someone into that, you almost have to be let into the family first. Then you can start to think about the work.

"So it wasn't like we met one day and started recording. I saw them play September 11 of last year, hung out with them, hung out with their father. We did a couple days of preproduction in Austin, then got to work. I was down there about three weeks, just long enough for the Giants to win the Super Bowl [laughs].

"I was really impressed by their ability to groove, and they were really swinging that night I saw them. No question about their singing: Their singing is wonderful, and I wanted to bring out those three parts. They don't always sing in three-part harmony, but their voices meld so well they can switch parts and you don't know it. They're such a band that if Henry decides to take a guitar solo, Ringo can jump in, then Henry will go back to singing with Jojo.

"I'm a huge fan of their voices.

"Their previous records were really good, but I wanted to hear more of the groove element. That's what I like the most about recording – getting a track to feel the best it can feel. When I saw them live, they were swinging so hard I thought, 'That's the element I want to bring into the studio.' Technology allows you to do a lot of different things, but the best thing for the feel and magic – which is all I'm interested in – is for people to play together.

"Some people don't perform as well in the studio, because the studio can be very antiseptic. And producers have different styles of recording. Some have the musicians play separately. That's a big mistake for a group like this. They're a band of brothers. You want to capture that magic."