"Why weren't we as big as the Beatles?" murmurs Arthur Lee, holding court, attired as if he were still in prison. "One is because I didn't cooperate," he acknowledges, wagging his head. Then up shoots his chin. "And the other is, I'm not gonna go out and eat shit ... out on the road!" The tacked-on tour reference doubles as rationalization for his outburst. That's why, Arthur. Wrapped like the bandana under Lee's top hat with a lucid, nostalgic – addictive – audience upside the black sunglasses of rock & roll's genius answer to Ledbelly, Love Story's a weeper. Filmmakers get the lifelong erratic to drive them past his high school and later tour a crew through the L.A. castle his band, Love, once called its crash pad. The band's original members comment to historical effect, especially Lee's childhood pal turned ice-pick guitarist Johnny Echols and Lee's musical foil Bryan MacLean, who all agree touched off 1967 avant-folk-rock masterpiece Forever Changes with his supremely insecure "Alone Again Or." Production, vintage video, and big-league cred celebs match the documentary's bottle-of-wine budget, though Elektra Records architects Jac Holzman (president) and John Densmore (the Doors), 40 takes of "7 and 7 Is," and "My Little Red Book" survive Lee, 61, who died in 2006 shortly after participating in Love Story. "Tell you the truth," admits Lee, "I was afraid." 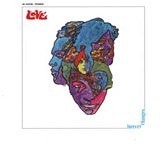