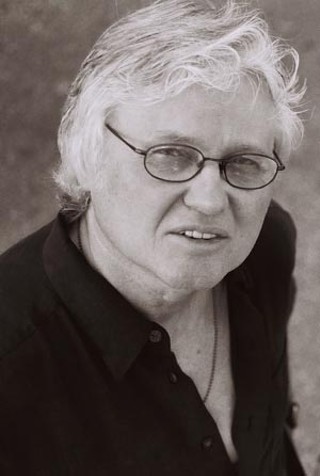 To truly understand the success a single song can achieve, look up songwriter Chip Taylor at AllMusic.com. There, under his name and the tab marked "Songs," click through to "Songs Composed By," and peruse a few titles: "Country Girl, City Man" by Ike & Tina Turner. "Sweet Dream Woman" by Waylon Jennings. "I Can't Wait Until I See My Baby's Face" by Aretha Franklin. "Don't Say It Baby" by Dusty Springfield. "Papa Come Quick" by Bonnie Raitt. "Long Walk Home" by Al Hirt. "Fuzzy and Wild" by the Flat Duo Jets. "Thinkin'" by Garnet Mimms. "Rock Soldiers" by Ace Frehley. "He Sits at My Table" by Willie Nelson. "I Can't Let Go" by the Hollies.

Now, jump to page seven, and scroll down a few entries.

That's where the listings for Chip Taylor's "Wild Thing" begin and continue for almost four pages, more than 400 listings of recordings on which the eternal garage rock classic appears. That includes the British hit by the Troggs, plus the famous version by Jimi Hendrix. Page after page also include renditions by the Ventures, Jeff Beck, Hank Williams Jr., the Runaways, Geno Washington, Manfred Mann, the Divinyls, Amanda Lear, the Kingsmen, the Muppets, and – yes! – the Green Bay Packers.

That might be enough for most songwriters to prop their feet on the desk – and without even mentioning his other signature tune, "Angel of the Morning" – but it's never been enough for Chip Taylor. Born James Wesley Voight in New York, the 68-year-old composer sought his own place on stage in the 1960s after an injury sidelined him from pursing a career as a pro golfer like his father. (Jon is his Oscar-winning brother, Angelina Jolie is his niece, and his other brother is a rock star of the geology world.) Taylor's natural affinity for wordplay and ear for melody made him one of the progenitors of progressive country. Through the decades, he penned hits for others, but not until the 1990s did he come into his own as a performer.

Perhaps that's glossing over things a bit. Taylor's music career took a backseat to his mathematical proficiency to count cards during the 1980s. After being booted out of Las Vegas and starting his own Long Island offtrack betting parlor, the life-shattering illness of his mother brought him back into the musical fold with The Living Room Tapes (1997) and Seven Days in May (1999). That led to 2000's The London Sessions Bootleg and 2001's Black and Blue America, but what came next, no one was prepared for.

At South by Southwest 2001, he spotted fiddler Carrie Rodriguez, and the two embarked on a five-year partnership. Taylor and Rodriguez were an inspired duo: winter and spring, maturity and youth, salt and pepper ("Story Book Children," Dec. 20, 2002). His intelligent and mannered songwriting benefited from her blithe and unfettered spirit; her youthful joie de vivre and fresh beauty shone beside his confident introspection. Four critically lauded CDs later, they amiably went separate ways in 2007.

Which is what brings Chip Taylor back to performing his own material by himself. New Songs of Freedom plays out a political statement with a personal touch, and when news of its release surfaced, the notion of talking to Taylor about it was obvious. The idea to ask him to write about the songs was less obvious, but the album demanded it: These anti-war songs come from a traditional folk place where the message is universal. While New Songs of Freedom stands without explanation as a listening experience, Chip Taylor in his own words does too.

Chip Taylor here. I've been asked to write some thoughts about my new album, New Songs of Freedom. Just so you know, I didn't set out to write songs that would convince the listener of any particular political or moral position or try to convince people to lean in one direction or another. I'm a stream-of-consciousness writer, for the most part. I don't plan songs. I try to let words with melody flow with as little brain interference as possible. When a bit of that flow gives me a chill, I continue the process, editing as little as possible so as not to lose the magic. People have found certain messages in these songs that seem important to them, and that certainly makes me feel good, though at their inception, that was not my intent. Here's a glimpse of where these songs came from and a look at some of the characters that inspired it.

Carrie Rodriguez and I had just finished a show at a theatre in Gouda, Holland. After performing, it's my custom to seek out the bar with the best single-malt scotch selection. The only bar open was in the back of a dance club named Woodies, where very nice folks serve very bad whiskey. I got in a corner, sipped a watered-down blend, and had fun watching the boys and girls slowly interact with each other. The DJ was blasting sing-along stuff. Some were songs I knew, but most seemed like popular local songs. The one constant was a pounding bass drum. I started chanting some silly nonsense around the beat. After a few minutes, I wrote these words on a coaster.

War, war – what the hell for

War, war – kick it out the door

Later in a hotel room, with my minidisc player in record mode and guitar in hand, I played the chorus, adding Kerouac-esque "beat poetry" for the verses. Listening back, some of it seemed like fairly powerful stuff. With minor editing, the song was finished in minutes. In the studio, the band and I started recording it like a fun John Prine-type thing. Searching for a more serious vibe, I let it evolve. After about 20 minutes, we hooked a Lou Reed-like groove and really nailed it. I love this recording.

And they can come back and hate you too

And everybody can hate somebody

And dance with a hole in your shoe

You can dance with a hole in your shoe

Thanks to an amazing reporting job by Thomas Fuller of The New York Times and his crew, I got to know the story of these former American soldiers hiding in the jungles of Vientiane. They were the local ethnic minority at the start of the Vietnam War in 1961, either hired by the CIA or joining the U.S. cause voluntarily. Fighting side-by-side with our boys, they were considered some of our bravest soldiers. In 1975, when we withdrew our forces, they and their families were left to fend for themselves to this day. They survive in the jungle eating wild yams, bamboo shoots, and whatever little animals they can find while changing locations every few weeks, as Laotian communist soldiers and police try to track them down. Soon after reading about their plight, I picked up the guitar and got lost in the emotion of it all. The result is this song, taken from the point of view of the main character in the article.

My name is Xang Yang – I am a former American soldier

I live in the jungles of Vientiane

no furs in celebration 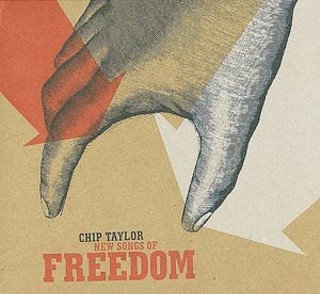 This was something I had read. I put the above words together with a melody that sounded serious. Some stream-of-consciousness blasts that had a nice ring to them followed. After a bit of editing, I felt this might be a song I'd like to sing. One thing that's a bit strange is that I'm facetiously saying a bunch of things I absolutely don't believe in while, on the other hand, truthfully saying some that I do. That's just how those blasts came out, and it felt right to just let it stay that way.

Another song formed from those stream-of-consciousness blasts – some serious, some not – many that make me smile.

Like old shoe laces – there ain't much difference in 'em

This is the title song from my album released a few weeks before 9/11. Most thought the song was referencing that tragedy, but it had nothing to do with it. I remember the opening melody and words of the song flowing out as I was about to leave my apartment to catch a train.

It was a fight for life until the walls came down

I had no idea what the words meant, but it didn't matter; I had such a chill. I recorded it into a minicassette recorder. The following morning when playing it back, I got the same chill. I wondered if "wall of sound" was something to do with Phil Spector. Maybe it was. But when "the walls came down," that wall became the Berlin Wall and the song a tribute to the heroes and heroics of the 1960s. I finished the song within an hour, on fire the entire time. One of my favorite parts is the insertion in the second bridge of two lines from Elvis Presley's "I Forgot to Remember to Forget."

I was born and raised Catholic. I love the feeling and the warmth that the messages of Jesus convey. Yet I'm also a horse-race handicapper. To be good at that game, you have to have an honest assessment of data gathered. Believing in false info will do damage to your pocketbook. I remember as a kid in church, after a Bible reading the priest would say, "Blessed be the word of God." I would sit there thinking, "I'm not sure I totally believe that," or worse, "That stuff sounds a bit like bullshit." This song is just a fun look at biblical stuff from the questioning horse-race-handicapper side of my brain.

I have questions about you, Jesus

Your precious word, the stories told

Deliver us some tarnished gold

I have questions about you, Moses

The parting seas, the burning sands

Why did you not leave one button from your sleeve

As proof for the historians

7) "Theme for an American Hero"

This song is a favorite of mine. I was asked to write a song for a movie about Vietnam vets returning home. In the scene, a wounded vet, at his request, is flying in a helicopter to get a close look at the Statue of Liberty. I was extremely flattered to be asked to write this song and very inspired by the scene. After the producer left my apartment, I picked up my guitar and these words, with melody, flowed out.

Set me up straight in my chair ... comb my hair

I loved the sound of that. The rest of the verse was completed a few seconds later.

And I wonder if she, has been thinking of me ... now and then

Not since I wrote the first line of "Angel of the Morning" had I gotten such a chill listening back to a few words with melody I had just written. 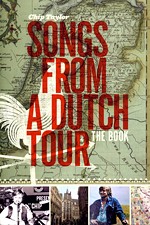 Songs From a Dutch Tour: The Book
Sheet music 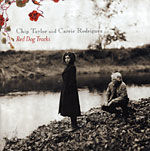