At last year's Austin City Limits Music Festival, My Morning Jacket bent bizarre and epic, frontman Jim James' wigged theatrics almost mocking his harrowing Rolling Thunder white-faced cover of Dylan's "Goin' to Acapulco" for 2007 film I'm Not There. The contrast was appropriate given James' equally iconic and elusive emergence as Southern rock savior obscured behind a wash of reverb and a wreath of hair. Yet, if 2005's Z culminated the Louisville, Ky., quintet's early Crazy Horse adoration into their own expansive, sonically rich language, the group's polarizing fifth LP attempts to rewrite the MMJ alphabet altogether. James remains frustratingly chameleon, and here he trades echo for a Prince-bowing falsetto, swooning as unnaturally as intentionally weird. The opening trifecta plays Musicology class clown, the title track trilling breathless R&B and funk into the spacey electronic beats of "Touch Me I'm Going to Scream, Pt. 1." "Highly Suspicious" then derails into absurdity, with James squealing like an adolescent girl at the promise of "peanut butter pudding surprise," while the backing chorus leers in deep, monotone pulses. Sexy is simply not a side of the James Gang anyone wants to encourage. The opening mockery might be more amusing if not followed by flaccid 1970s rock that parody MMJ's reinvention of the genre. "Thank You Too!" and "Look at You" are breezily sincere schlock, while "Sec Walkin" comfortably caters Cat Stevens. Redemption comes in the swell of "I'm Amazed," the effective pop of "Two Halves," and unleashed guitars and howl of "Aluminum Park." The Wilco-pumped ending of "Smokin From Shootin" is stunning. As much as Evil Urges indulges, it rarely satisfies. 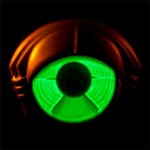