Bowie, Escovedo, and the Brooklyn Boy 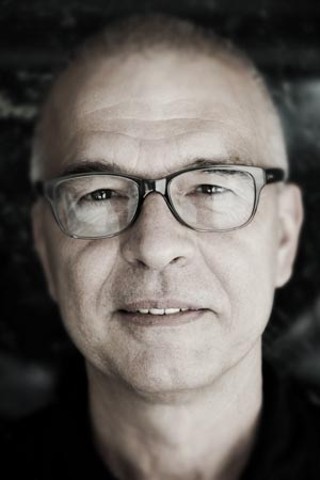 During the spring of the Summer of Love, 1967, 23-year-old Brooklyn-born bassist, songwriter, and arranger Tony Visconti – already a veteran of rock & roll's continuing big bang – boarded BOAC for London in hopes of becoming a full-fledged record producer. Manfred Mann the first day, Procol Harum the second. "What I didn't know was that I would bump into Brian Jones of the Rolling Stones in a corridor at Olympic Studios and I would also see Jimi Hendrix jam later that evening," writes Visconti in 2007's Bowie, Bolan and the Brooklyn Boy.

"God knows what would happen on my third day."

Twenty-two and a half years later, the Man Who Produced Bowie's The Man Who Sold the World – as well as Low, Lodger, Heroes, Young Americans, Scary Monsters – virtually all of T. Rex, and a trio of titles by the Ziggy Stardust-scoffed Thin Lizzy (Bad Reputation, Live and Dangerous, Black Rose) took a trans-Atlantic one-way back. Should you detect a puff of "Ashes to Ashes" on "Golden Bear" from Alejandro Escovedo's new Visconti-rocked Real Animal, it's no coincidence.

"I'm glad you picked that up," enthuses Greenwich Village's most fulfilled studio pioneer. "That intro, on the demo, just captivated me. It haunted me. And I fought for that song being on the album. It wasn't a favorite of the record company, but it now is. I said, 'That's magic, that intro.' My mind, which is usually very analytical, just couldn't understand the chord changes, the beauty of it."

"Yeah, that started out as very much a country song, and I said: 'We can't go there. We can't have too much twang in this song.' It could have gone country, and I thought that would've been inappropriate, because we were making a rock album."

"I couldn't understand why Alejandro had a fascination [with strings], but he does," puzzles an arranger almost as renowned as Atlantic Records' late, great Arif Mardin. "He feels it's very much an integral part of his sound. On this album, though, I consciously directed the string players to play 'rock strings': 'We're gonna put guitar effects on your equipment. We're gonna go for a rock sound. We don't want a quasi-classical sound on this album. It's gotta be really up-to-date and earthy.'

"And they just rose to the occasion. Susan [Voelz, violin] and Brian [Standefer, cello] were fantastic. Both of them are arrangers, and I'm an arranger, so the three of us actually cooked up the parts together. We had a good time doing that."

Paradoxically, the results unleashed an animal Escovedo fans have fed for decades.

"Hector Muñoz is one of the best drummers I've ever worked with," gushes Visconti, who first became aware of Escovedo and company as New York chapter president of the National Academy of Recording Arts & Sciences during the Por Vida campaign. "I couldn't believe Hector's power and his taste. That's a rare combination to be powerful, loud, and also have great taste, reserve when it's necessary.

"Hector completely blew me away.

"And I like the fact that they weren't hardcore studio musicians. Everyone in the band has soul, and I can work with that better than professionalism. They played together really great in rehearsal, facing each other in the same room and all that. I tried to get the same atmosphere in the studio. I didn't put up any screens, any barriers. If I turned off Alejandro's microphone on the mixes, you could hear his live vocal on the drum kit. He was singing that close to Hector.

"This made the spirit of the album, to have everybody in the same room playing at the same time. Consequently, it didn't take long to record, because we didn't spend tedious weeks overdubbing. A lot of that stuff is the live take. We redid the guitar solos, and about 40 percent of the vocals I used Alejandro's live vocal."

"Sure," says Visconti without hesitation. "My benchmark is, 'Does this person sound like anybody else?' And so many people do. But Alejandro is unique. He's a one-off. I see audiences just enthralled. Talk about charisma and having people hang on every breath. I have seen that. I've witnessed that. He has that effect on me, too. When he sang in the studio, I'd get goose bumps. He does that to me. He does that to other people." 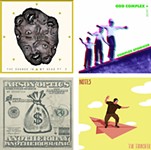