It's almost Homeric in scope, the story of Shearwater. After five years and three LPs, the Austinites came out to the rest of the world in 2006 on Misra with their accomplished fourth album, Palo Santo, which was then re-released last year in a deluxe edition by Matador Records. With that, it became clear that the band was fully and finally singer Jonathan Meiburg's, after years of collaboration with Okkervil River's Will Sheff. Rook, the now-trio's proper debut on the seminal New York indie, further distances Shearwater from its earlier alt.country/folk-pop leanings and embraces its recently garnered art-rock label. Indeed, Shearwater's enamored with its own sense of drama, and one need look no further than the album's title track. Meiburg imagines a feathered apocalypse, bird corpses piled and flaming on the side of the road, others menacing humans inside their homes. Not quite Hitchcock, but the emotional and creative swoops and dives are there, with Thor Harris' patient percussion, so scolding on squalling opener "On the Death of the Waters," keeping Meiburg's Icarus-like falsetto from flying too far out of reach. The entirety of Rook is garnished with theatrical winds, strings, and tinkling bells, instilling a sense of fragility while an undercurrent of menace lurks darkly like Scylla and Charybdis. In fact, Rook is an epic undertaking that plumbs the depths of the seas ("Leviathan, Bound") to the heavens themselves ("I Was a Cloud," "The Hunter's Star") for the sounds that make the stories sing. 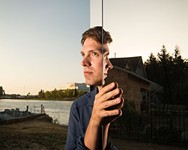 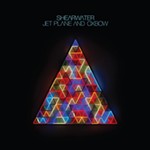