Since re-establishing their local roots last year following a stint in Athens, Ga., Nelo's built up an increasingly devoted following, testament to the lingering power of 1990s adult contemporary pop. The sextet's debut, cut at Willie Nelson's Pedernales Studio, is produced to a sheen, so smooth, in fact, that nothing sticks. Reid Umstattd's vocals, alternating between punchy and melodramatically soaring on songs like "Footsteps," work the overwrought, breathless urgency of Matchbox Twenty's Rob Thomas, though relieved of the angst. The chorus of opener "All Gone to Nothing" could jangle the radio alongside acts like Sister Hazel or Third Eye Blind, while the acoustic bounce of "Jumping Bean" and "Walkin' Around" crescendos predictably cheery, and "Another Day" drains Dave Matthews. The horns finally demonstrate energy alongside the funky bassline of "You Don't Know," although elsewhere, David Long's capable sax is wasted on innocuous soft jazz accents. Altogether familiar and forgettable. 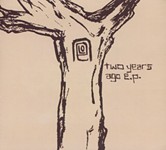