Here's Eliza Gilkyson and Christine Albert, two May goddesses with a taste of summer's ripe bounty to come. At the Austin Music Awards in 2006, Gilkyson stood before a packed house with an armful of awards and declared that she was proudest of winning Best Folk Act. So when she announces, "I am just a troubadour, a tried and true believer," on "Clever Disguise," she's reminding us of precisely that. Which isn't to suggest that the Mark Hallman-produced Beautiful World (Red House) is a folk album. It's not. More stylistically adventurous than the divine local songstress has been since hitting her stride with 1997's Redemption Road, her latest is still innately political in all the right ways ("Great Correction," "Runaway Train") but unexpected in the jazzy "Unsustainable." Yet it's Gilkyson the folkie who's Queen Midas, "Rare Bird," "The Party's Over," and "Wildewood Spring" tenderly evoking local names like Mambo John Treanor, all gleam with the golden touch. 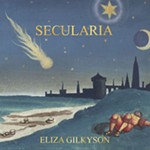 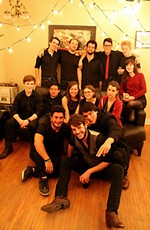