"She's such a Mary Hart." It took a few songs to understand what my friend was saying about Kim Deal, how her Cheshire cat smile and Midwest rapport with the crowd was not a front but rather genuine gratitude and coolness. Kim and her twin sister, Kelley – the core Breeders for close to two decades now – wrote much of latest and most personal album Mountain Battles while on the road with the Pixies in 2004, after stints in rehab. So to see the Dayton, Ohio, sisters, greasy-haired and middle-aged, standing in front of three Marshall stacks purring, "I love no one, and no one loves me," with knowing smiles, was triumphant. They talked to the crowd like old friends. "This is Kelley," Kim said, gesturing to her left. "We used to be identical twins." Rounded out by bassist Mando Lopez, drummer Jose Medeles, and third guitarist "Cheryl," the band tore through 90 minutes of Breeders oeuvre, and though the set list thankfully stuck to Mountain Battles' strongest fare ("Night of Joy," "We're Gonna Rise"), it was the Last Splash material that sounded truly timeless. "Divine Hammer," "No Aloha," "New Year," "I Just Wanna Get Along," and the inevitable "Cannonball" surged and fizzed, a testament to the Deals' ease in writing great pop songs. After a gazillion cigarettes, Kim's voice still sounds amazingly honeyed, and the sisters' psychic twin harmonies remain some of the best in indie rock history. "Iris" from 1990's Pod and "Safari" from their 1992 EP made surprise appearances, as did songs from Kim's mid-1990s band the Amps and covers of fellow Daytonians Guided by Voices, as well as the Beatles' "Happiness Is a Warm Gun." "Stick around; it gets weirder," Mary Hart said before the three-song encore with her perma-grin. That could be the Breeders' motto. 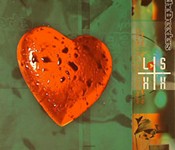