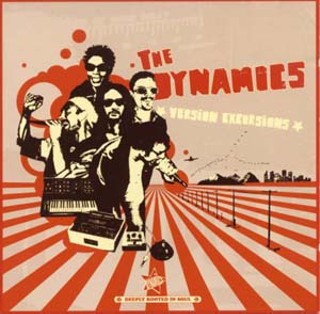 
Jamaican music gets labeled green for reasons beyond the island's preoccupation with collie herbs. After all, no other country's musical community does more recycling. Riddims and sounds are continually and liberally borrowed and patched back together, tracks reborn in a rub-a-dub style, while nearly every 7-inch single has an alternate version on the flip side. The Dynamics' Version Excursions follows in this timeless tradition – reduce, reuse, recycle. The French-based quintet reworks a dizzyingly diverse collection of tracks from the Rolling Stones, Led Zeppelin, and Bob Dylan to Wilson Pickett and Prince. The Dynamics manage to forge it all into a coherent, understated, soulful album, though no word on how much they dropped on licensing. The cooled-out Curtis Mayfield classic "Move On Up" is insanely good, and it's hard to believe the White Stripes' "Seven Nation Army" wasn't penned in Kingston after hearing this dubbed-out cover.