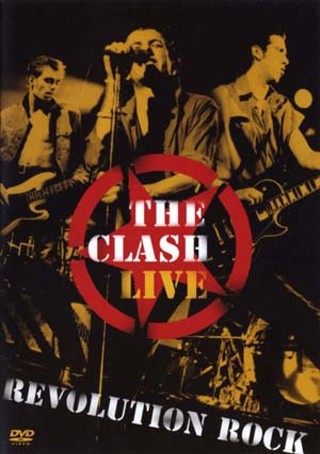 
Five years after Joe Strummer's death and 30 years after the Clash's debut, the band's alternating pattern of genius releases and near-misses balances out here. Last winter saw the definitive Strummer bio-doc, Julien Temple's The Future Is Unwritten (the DVD hits stores in June), burnish the band's righteous legacy. Now, Revolution Rock follows up, dealing 22 live shots spanning 1977-83. Producer Don Letts of Big Audio Dynamite pulled much of the previously unseen footage from his personal archives, which, side by side with excerpts from docs like his own Westway to the World and vintage films such as Rude Boy, plugs into the electric fury and ferocious energy that drove the Clash. It's all DIY, of course: sporadically shoddy sound and off-kilter cameras, plus an awful narrative supplied by Zane Lowe of the BBC that fortunately comes as optional. Scorchers include the reggae standard "Police and Thieves," "London Calling" from the group's legendary stand at Bond's NYC (more footage is apparently being restored for eventual release), beautiful bassist Paul Simonon taking over frontman duties in L.A. on "Guns of Brixton," and a deuce from NBC late-night, "This Is Radio Clash" and "The Magnificent Seven." Tom Snyder's interview extra is also worth a gander.

Lubbock Calling: Joe Ely Remembers the Clash
The only punk rock band that mattered, and why they still do