The Band of Heathens (BOH) 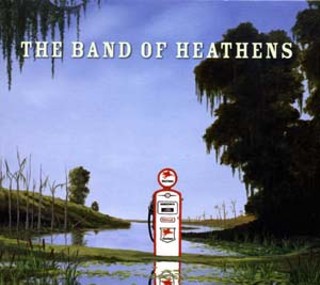 
Stones fans who loved the Band but prefer the Gourds to the Black Crowes will be very happy with The Band of Heathens. That's a compliment to the upstart Momo's scene, where the exuberant BoH launched as a side project from Messrs. Ed Jurdi, Gordy Quist, Colin Brooks, Seth Whitney, and John Chipman. Their free-form, rootsy grab of country and folk-rock won them last year's Best New Band at the Austin Music Awards, literally forcing them to admit the sum was greater than the whole of its parts. Swell songs abound on the Ray Wylie Hubbard-produced LP, with Brooks' clever "Heart on My Sleeve" and Quist's "Unsleeping Eye" paying heartfelt tribute to Little Feat's "Feats Don't Fail Me Now" and Jurdi's Gourds-y "Don't Call on Me." What BoH does best is take the old, polish it like new, and make it appeal to everyone. Good trick, boys. 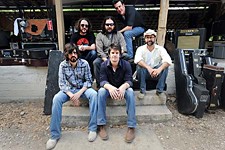