Tweet
print
write a letter
For 21 years now, the Old Settler's Music Festival has marked the arrival of spring to Central Texas as surely as bluebonnets alongside Lady Bird Lake. While other local music festivals continue pushing toward critical mass, Old Settler's has retained its casual, family-oriented appeal while drawing renowned Americana artists from jam bands to traditional bluegrass, folk and blues to jazz and country.

The OSMF is held at the Salt Lick Pavilion and Camp Ben McCulloch in Driftwood, 11 miles south of Highway 290 West on Farm Road 1826. www.oldsettlersmusicfest.org.

Permits are required to enter the campground. (See website for complete information and restrictions.) Electrical and water hookups are available but no sewer hookups or dump stations for RVs. No generators allowed; a camping electrical permit can be purchased for $25. Hot showers available on-site for $5. Shuttles are provided from the campground to the Salt Lick Pavilion and run 30 minutes before showtimes and end 30 minutes after the final show. Do not attempt to walk the creek or cross the highway bridge on foot, day or night. No pets allowed. Coolers and outside food and drink allowed in campground only. No drums after midnight.


Blending gypsy fiddle with acoustic folk and fevered mandolin and banjo breakdowns, these Champaign-Urbana, Ill., transplants have become local regulars on the national jam-band festival circuit, known for the improvised turns of their live shows, an ethos captured on their freshly released fourth album, As the Crow Flies (Zone). – D.F.


For more than 40 years, mandolin player and composer David Grisman has been creating "dawg" music, a blend of acoustic swing, bluegrass, Latin, jazz, and gypsy that deserves its own category. His Bluegrass Experience, a quintet featuring his son Samson on stand-up bass, is bluegrass as Bill Monroe intended it. – J.C.


Some performers are like fine wines; they improve with age. Consider Delbert McClinton, soul singer of the first order and badass harmonica player to boot. Forget the hoary references to "Hey Baby" and teaching John Lennon harp licks; Delbert's a Texas original whose vintage imprint is a blues brand. – Margaret Moser


Banjo picker J.D. Crowe is one of the most influential musicians in bluegrass. Although it's gone through many permutations since the 1970s, his band, the New South, remains one of music's best and most progressive ensembles. – J.C.


Currently on scholarship to the Berklee College of Music in Boston, Coppell, Texas, native Emily Elbert sings much older than her 19 years suggest. On her co-produced debut, 2006's Bright Side, Elbert drips a soulful folk over her light, jazzy guitar, her songs jumping with a delicate pop sensibility and fluttering vocal range. – D.F.


The Jones Family Singers bring not only the gospel into their soul shouting. Their rock-steady power knocks on heaven's door. The Baytown-based choir and band is indeed all family and filled with sibling harmonies of the highest order. – M.M.


Even before she snagged the Best Teen Act at the Austin Music Awards in 2007, multi-instrumentalist and singer-songwriter Jarosz wielded a double whammy of teenage muscle and a promise, especially when she whips out her clawhammer banjo. If there were a Most Likely to Succeed category, she'd win it. – M.M.


With last year's debut, Fork in the Road (Sugar Hill), Nashville's Infamous Stringdusters turned a hat trick at the International Bluegrass Music Association awards: Emerging Artist of the Year, Song of the Year, and Album of the Year. Tim O'Brien produced their sophomore effort due in June. – D.F.


A longtime Old Settler's fave, Peter Rowan returns for two sets of tunes that will likely veer from reggae to hardcore bluegrass. A part-time resident of Central Texas, Rowan remains best loved by the hippie in us all for composing tunes like "Panama Red" and occasionally congregating the "Free Mexican Airforce." – J.C. 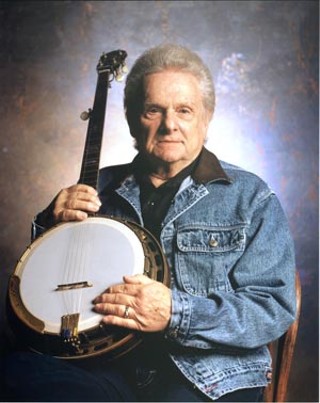 
When Ralph Stanley and his older brother, Carter, formed the Clinch Mountain Boys upon returning from World War II, Bill Monroe was defining a genre named for his band the Blue Grass Boys. The Stanley Brothers counterpointed Monroe's more polished, breakdown style with the stark ruggedness of their Appalachian roots, the sibling's harmonies setting a standard for groups that followed. Ralph's distinct clawhammer form of banjo-picking reinvented the instrument.

"I was proud, and Carter was proud that we could be together makin' a livin'," says Ralph Stanley from the family homestead in Virginia's Cumberland Mountains, just down the road apiece from the recently opened Ralph Stanley Museum and Traditional Mountain Music Center. "We didn't have any breaks much. We worked hard and got it the hard way."

The Stanley Brothers wrote and/or recorded seminal versions of bluegrass' greatest songs, including the recently rejuvenated "I'm a Man of Constant Sorrow." In 1966, Carter succumbed to illness at the age of 41, thrusting Ralph and his haunting tenor to the helm of the CMBs.

"I didn't know if I should go on by myself or not – there was a question there," relates Stanley. "Of course, I got I don't know how many cards and letters and phone calls telling me to go on with the music and that they needed me and had always been Stanley Brothers fans, but they'd be more so for me now because they figured I'd need it. That encouraged me."

Now 81, the Virginian, whose honorary doctorate in music affords him the title of Dr. Stanley, remains not only one of bluegrass' progenitors but one of its leading performers, as well. 2000 Coen brothers film O Brother, Where Art Thou? famously brought Dr. Stanley's music back to national attention, a vindication of his adherence to traditional mountain music even as styles and string genres shifted throughout his career.

"I am what I am and what I've always been, and I believe that's why I'm still popular at my age," he affirms. "When you hear my voice or banjo-pickin' over a radio station, you don't have to guess who it is. You know who it is. A lot of the people that went and tried to go new with it, you can't hardly tell them apart unless you're watching them. That's fine though, but I just want to stick to my roots." – Doug Freeman


She may be the daughter of Grammy-nominated folksinger Greg Brown, but Pieta Brown has blazed her own path with a sound that calls on a mélange of styles including country and blues. On her third disc, 2007's Remember the Sun (One Little Indian), her introspective mood manages to assert sharply drawn political views with a heightened sense of nostalgia. – J.C.


Since joining forces in 1996 for a tribute to acclaimed Canadian songwriter Willie P. Bennett, the trio of Stephen Fearing, Colin Linden, and Tom Wilson has routinely regrouped in pursuit of rocking country anthems and scratchy, honest folk. With Bennett's passing in February, expect a moving homage from his acolytes. – D.F. 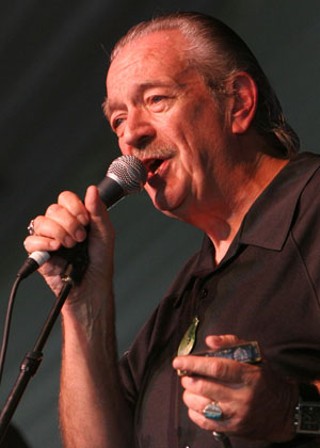 
Stepping onstage with his black case full of harmonicas at last fall's Austin City Limits Music Festival, Charlie Musslewhite looked like a hit man, silver hair slicked back, mustache glinting above his sly smile. As he opened fire, he proved just as deadly, exploding the packed WaMu tent with a fury that's garnered him recognition as one of the blues' greatest harpers. In Hurricane Katrina critique "Black Water," politics and passion came together in the Chicagoan's Delta blues.

"In the past, I've always steered away from doing anything political, because I just felt that people didn't go out at night to be preached to; they want to have a good time," offered Musselwhite before his ACL appearance. "But it's been a tradition within blues to talk about political things and whatever problems people are dealing with. I just felt like things had gotten so bad that it was time to say something."

Aside from his legendary harp work, Musselwhite is renowned for his stylistic variation. His compositions consistently incorporate diverse folk traditions, melding his blues with world rhythms and exotic textures.

"As I discovered music from around the world, it had this feeling to it that sounded somehow connected or had the same kind of energy that blues had in it," he says. "I knew that it was real. And I still look for that wherever I travel. The purists get upset that I might be hurting the blues, but you can't hurt the blues. It's tough, it's always been here, always will be, and nobody can kill it." – Doug Freeman 
When we last saw him, Marty Stuart had just released three albums in rapid succession. Since then, nothing. That doesn't mean one of Nashville's top stars has been napping. Rather, the Mississippi native produced discs for Porter Wagoner and Kathy Mattea, organized his huge collection of country music memorabilia as a traveling road show titled Sparkle & Twang: Marty Stuart's American Musical Odyssey, put the finishing touches on a new book of his photography, and produced a weekly radio show for XM satellite radio.

"The closest thing to a job I've ever had in my life was agreeing to host a radio show for XM," he laughs by phone from Nashville. "The beauty of it is that we've had the opportunity to try out songs, try out sounds, try out musicians. It's been a great sketch pad in lots of ways for the things to come recordingwise. It's bookended by live performances, and the Superlatives have their own segments inside the hour.

"It's is completely off the charts. It's a lot of work."

"It really started in the early 1980s when I went to London to the first Hard Rock Cafe," he explains. "I saw all this stuff on the walls of these English rock bands. I said to myself, 'That's really cool to see the Beatles and the Stones and the Who up there, but so is Porter Wagoner's boots or Johnny Cash's coat or Hank Williams' lyrics.' I was starting to see those things surface in thrift shops and yard sales and pawnshops around Nashville. Nashville was dismissing that as culture. The urban cowboy thing was happening, so Nudie suits were no longer cool. Nobody cared about cowboy boots from the 1950s. It just looked like American culture being thrown away to me. That's what I went for."

As a teenager, Stuart performed with Lester Flatt and Cash. Now he's approaching 50.

"Gray hair don't bother me," he claims. "Numbers don't bother me. I look at people getting face-lifts and Botox and all that shit, and then I look at Willie and go, 'You win, Willie.' Spiritually, emotionally, and musically, I feel like I'm on the money. My focus is good, and I'm in a good place right now. Some ways I think I've exceeded where I ever thought I'd be. Some thing's I haven't accomplished yet, so there's always plenty to work on." – J.C.


SF's New Monsoon keeps on being asked to return to the OSMF for its genre-busting ways. Both acoustic and electric instruments power sophisticated songcraft and inventive musical exploration. The quintet's 2007 disc, V, was produced by John Cutler, best known for his work with the like-minded Grateful Dead. – J.C.