Sad Songs Say So Much 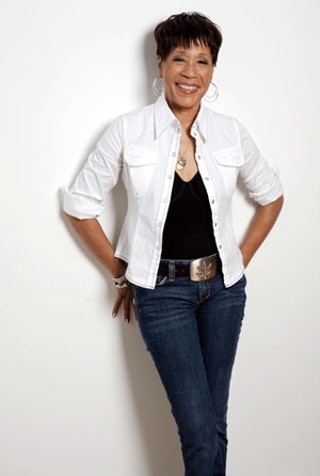 Muscle Shoals, Ala., is a soul-music mecca. Some of the best work of Aretha Franklin, Wilson Pickett, Etta James, and the Staple Singers was recorded in the Muscle Shoals Sound Studios. In 1972, it was Bettye LaVette's turn.

Signed to Atlantic Records, the Detroit native made her pilgrimage there to cut what was to be her breakthrough LP, Child of the Seventies. On the eve of a promotional tour to support it, LaVette got a call from the label: Send back the plane tickets. The tour was canceled, the album indefinitely shelved. With the exception of two singles, the album wouldn't be heard until the small French indie label Art & Soul released the songs as Souvenirs in 2000.

LaVette, 62, possesses a defiant laugh, yet it's clear she's never fully recovered from the incident. Under the heading of better late than never, this soul survivor finally garnered long-overdue accolades with two discs on Anti-, 2005's I've Got My Own Hell to Raise and last year's The Scene of the Crime. The albums drip with emotional versions of songs by writers like Dolly Parton, Sinéad O'Connor, and Lucinda Williams. On her devastating, snail-paced take of Willie Nelson's "Somebody Pick Up My Pieces" from The Scene of the Crime, LaVette warns, "Don't you follow my footsteps, step right over my trail/'Cause the road is too darn narrow and your footin' could fail/And the fall to the bottom, it could tear you apart/You'll be right back here pickin' up pieces of you and your heart."

Austin Chronicle: Yours is a story of remarkable resilience. Have you come to terms with some of the disappointments early in your career?

Bettye LaVette: No, because now I'm old, and I don't have any money. I have to work to make money, while all of my contemporaries made their money early on, and now they can appear as they wish. It's not a constant thing on my mind. I wouldn't be able to hold on and look well if I was angry all of the time.

AC: On your most recent album, you address some of those trials directly on "Before the Money Came (The Battle of Bettye LaVette)." It has a real triumphant tone and is one of my favorite songs on the album.

BL: Thank you. You have no idea how continuously surprised I am about that song, because I don't write, and I didn't have any expectations for it. It was fun to write, but I didn't think people would pay attention to it like they have. I've gotten some wonderful compliments about it.

AC: You've recently recorded songs by Dolly Parton, Willie Nelson, and Lucinda Williams. The Drive-by Truckers are on your latest album. Was that a conscious effort on your part?

BL: No, I just choose the songs that I like, and those happen to be the songs that I like. If you look back throughout my entire career, I've always recorded country songs. So few people have seen my show that everything I do is a surprise to them, but if people had been coming to my shows and buying my records all along, they would see that there have always been country songs there. I recorded songs by Neil Young and Charlie Rich. It's just that I was paid so little attention to that people find me surprising.

AC: That reminds me of Solomon Burke, who recorded a lot of country songs back in the day and recently did the Nashville album, but I don't correlate country music with your hometown of Detroit.

BL: No, but my show has always been different than all of my friends, and it probably matched Solomon's more than anything. I was on the road with him for a brief while, and he and I seemed to like the same songs. My mother used to listen to country music. Her favorite singer was probably Red Foley. I've heard country music all of my life, and that was one of the groups of songs that I had favorites in.

AC: The first time I heard your music was on a 2001 compilation that had "Let Me Down Easy" on it. I was immediately struck by how incredibly sad that song is.

BL: It is. I like sad songs. In fact, because I do so many songs in B-flat minor, my husband got me this beautiful thing to wear around my neck that is a B-flat minor. That's just the saddest key in the world. Although I don't know if it's any sadder than "Your Turn to Cry." The first line is, "I gave you all my love, but you treated me like a fool." It's pretty sad, too. It's so hard for me to not have my whole show be sad. I have to keep trying to inject uptempo tunes. I told my husband I wasn't going to record any more sad songs, because after a while, people are going to be hiring me for funerals.

AC: What is it about sad songs that you're drawn to?

BL: It was easier to be drawn to them because I was being completely ignored, so I was sad. People ask me is it difficult for me to conjure up the emotion for each show, and it's not, because the songs are sad. They were just as sad last night as they were tonight. There would be no way for me to sing "Let Me Down Easy" uptempo or happy.

AC: There's a very real pain in your voice. Where does that come from?

BL: It comes from neglect, baby. How would you feel if you had been ignored for 40 years? It ain't hard to do. I've been said "no" to by everybody, and that puts a permanent sadness in your voice and in your heart.

AC: What do you make of all the attention and accolades you've gotten since 2005?

BL: I think it's about time, and if I had been promoted as I'm being promoted now, I think people would have liked me before. All my interviews start with an apology because they've never heard of me before, or they say, "I can't believe I've never heard of you before." So I'm glad that I'm having this opportunity before I have to do it from my wheelchair.

AC: What was it like to go back to Muscle Shoals for this last album?

BL: It wasn't that nostalgic for me because I was only there briefly. The biggest part of that happened at Atlantic's offices in New York. It was all my contemporaries who have a history of repeatedly going down there and being successful. I was only down there for four days out of my dismal career, so it wasn't nostalgic for me at all. Probably the greatest highlight is that I was the only one still able to fit into a size 6.

AC: Listening to the music from that 1972 Atlantic album, I can't think of a reason that, if it had been properly promoted, you wouldn't be on the same level of some of the bigger names in R&B.

BL: I think people are listening different now. I've always sounded more like Louis Armstrong than Dionne Warwick, and the companies didn't really know exactly what to do with somebody that young that sounded that old. Now we've got a better handle on it because people are allowing me to do all that I know instead of just what they want me to do. Most people called because of "Let Me Down Easy," and we'd go into the studio with that idea, which was very limiting. If I told somebody I wanted to record a Sinéad O'Connor song, they wouldn't have been able to imagine it. When I chose the songs for I've Got My Own Hell to Raise, the president of Anti- said, "These don't go together." I said, "They will when I sing them." I'm the combining force. Now that we've done Hell to Raise, when I say I want to do some song that Tex Ritter did, Andrew [Kaulkin, president of Anti-] trusts me.

AC: After all your disappointments and bad experiences with labels, were you skeptical when he approached you to do an album?

BL: No, not the kind of skepticism you may think of. I'm always hopeful when I go into the studio, but I had by that point stopped believing. There is nothing they could have done to disappoint me. That can't be done anymore. The great feeling is when they promoted it. I know how I sound and how the music sounds. I knew that if they let somebody else hear it, that somebody would like it. I know what it takes to sell a record – people have to hear it!

Bettye LaVette, Muscle Shoals, Atlantic Records, Child of the Seventies, Anti, I've Got My Own Hell to Raise, Scene of the Crime, Drive-by Truckers