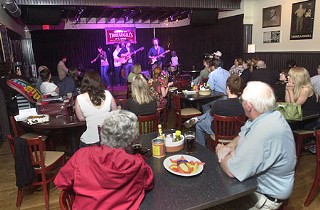 For its grand reopening on March 14, the original Threadgill's on North Lamar hosted a tribute to Walter Hyatt with David Ball of Uncle Walt's Band and the Belleville Outfit. Two nights later, Roky Erickson joined Powell St. John, the only person to pen hits for both the 13th Floor Elevators and Janis Joplin, for a brief acoustic set. No two occasions could better encapsulate the historical significance of the renowned restaurant/venue, which was originally opened by Kenneth Threadgill in 1933 as a gas station before becoming a haven for beatniks like Joplin during the 1960s. Since last November, Threadgill's "Old No. 1" has been undergoing a nearly $1 million renovation, receiving, among other things, state-of-the-art soundproofing and sliding doors to close off the main room. Hank Alrich, of Armadillo World Headquarters fame, was even brought in to help further refine the acoustics. "We want this to be the best listening room you can possibly have in eyeshot of a kitchen," says proprietor Eddie Wilson, who acquired the property in 1980, following a six-year period of inactivity, and transformed it into what it is today. "It sounds like a birthday cake with headphones on, just marvelous." While the "New Old No. 1" offers the same menu as its Riverside World Headquarters, established in 1996, that doesn't mean both locations will be serving up the same talent. "We're open to anything that's well done and has a bit of that Austin spirit," says booker Odom Chumbley. The venue doesn't have any shows lined up but is planning a weeklong homage to Mississippi for the end of April and will soon program music on the weekends, along with a bluegrass brunch on Sundays. "I'd like to see this become a destination again," Wilson says. "This is a direct link to the past and the sound of the present." 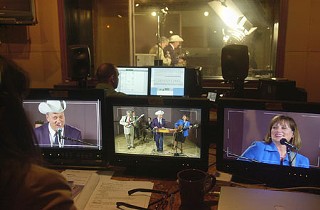 Junior Brown likes his television the same way he does his Americana: honest, simple, and clean. The guit-steel inventor and Continental Club staple shot three pilot episodes for the Junior Brown Show last Tuesday at Tequila Mockingbird studios. The show is modeled after the country music programs from the early 1960s like The Porter Wagoner Show, featuring duets with the lovely Miss Tanya Rae Brown in place of Dolly Parton. "It's something that the whole family could watch," says studio owner Danny Levin, who also performs in Brown's house band. Along with selections from Brown's catalog, each episode also spotlights a different special guest, thus far including the Quebe Sisters Band, Johnny Gimble, and gospel singer Mike Farris, whom Brown has dubbed "the Wheel." While negotiations with possible outlets are just beginning, Levin has high hopes for the program. "There's nothing like this on TV," he says. "This isn't a reality show. This is entertainment."

Dallas' Undermain Theatre presented the world premiere of Neil Young's Greendale on Saturday. The confounding song cycle, originally released in 2003 and subsequently adapted for a DVD and graphic novel, chronicles the struggle and scandal surrounding one family in rural America. Or at least that's the idea. When brought to life through a nine-member cast and a stacked house band, led by Deep Ellum figurehead Kenny Withrow of New Bohemians, the cracks in the narrative instead highlighted Young's disjointed songwriting and heavy-handed paranoia. Of the album Young once said, "You have to listen to the instrumentals to get this." It wouldn't hurt to smoke some "greendale" either. The play runs through May 3. 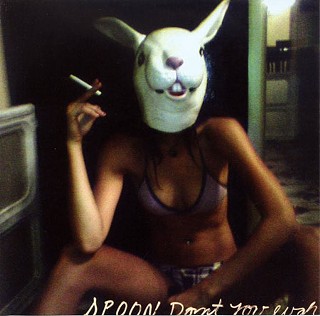 Is there a difference between a single and an EP anymore? On Tuesday, Merge Records drops Spoon's Don't You Evah EP, boasting a B-side ("All I Got Is Me"), the title track and its original version by New York's the Natural History, plus five equally unessential remixes by the likes of Diplo and Ted Leo (contributing the "I Want It Hotter" remix). Considering nearly every song on Spoon's universally revered Ga Ga Ga Ga Ga could work as a single, OTR took the liberty of compiling suggestions for the next remix project.

"You Got Yr. Cherry Bomb" (Ashley Alexandra Dupré "What We Want" mix)

"This is our livelihood; this is our lives," Elysium owner John Wickham said nearly three years ago, before public voting took place for the Smoking in Public Places Ordinance (see "Smoke Signals," April 15, 2005). The ordinance, which went into effect Sept. 1, 2005, and was contested by Wickham and several other bar owners, was upheld last week by the 5th U.S. Circuit Court of Appeals. The court also overturned a 2006 ruling that deemed part of the ordinance as constitutionally vague. Bar owners, along with posting signs and removing ashtrays, are now required to refuse service to a patron who is smoking and ask them to leave the facility or face a fine up to $500. 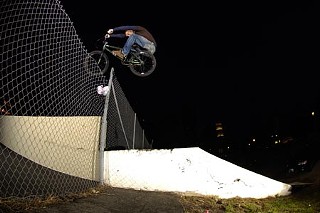 Iglomat, a laptop-based, post-rock collaboration between Chronicle photographer Sandy Carson and a couple of his buddies in Edinburgh, Scotland, has managed to land its single "Dial Wookie" in regular rotation on MTV2 in Europe. Their secret? "BMX stunts," says Carson, a sponsored rider, of the video, which is edited to Etnies BMX DVD Grounded. "The kids can't get enough of it." Bands interested in a more traditional route to overseas success should contact the Texas Music Office for a copy of the "Texas Music International Tip Sheet," a newly compiled list of more than 1,300 foreign music businesses that have either done business with or expressed interest in Texas music, including background and contact information. Local residents can request a printed or digital version of the "Tip Sheet" by dropping a line to music@governor.state.tx.us.

• Red Leaf School of Music commemorates its first year of classes with a free demonstration by its students and staff, including co-director Daniel Barrett of Porterdavis, at United States Art Authority on Saturday, 5-7pm.

• It's all in the hips ... Guy Forsyth eases the tension Friday, 6-9pm, at Grey Rock Golf Club, teeing off the course's monthly music series. Scheduled performers for the spring/summer season include Doug Moreland, Meridianwest, Ryan James, and Seth Walker.