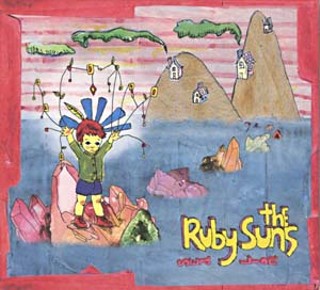 
The first four songs on Sea Lion are a wonder: Lazy opener "Blue Penguin" flows into the Tropicalia-tinged "Oh, Mojave," which jumps into the choral stomp of "Tane Mahuta," sung in Maori and recalling Graceland-era Simon, which then skips into the synth-pop beauty "There Are Birds." Pastiche is something Auckland, New Zealand-based singer-songwriter Ryan McPhun makes work on the trio's second album. He indulges his Brian Wilson fixation here and there, the California expat letting his airy falsetto radiate on "It's Mwangi in Front of Me" and string-laden "Remember." New Zealanders Imogen Taylor and Amee Robinson lay down the psych-pop roots, a nice backdrop for McPhun's field recordings. Traveler he is, it's often within one song where McPhun takes a detour. Album standout "Kenya Dig It?" glides into a second and gorgeous Phil Spector-esque arrangement; swelling closer "Morning Sun" ends up on the dance floor, circa 1983, without warning. Pastiche, yes, but McPhun's got the mileage and talent to sell it. (Friday, March 14, Bourbon Rocks Patio, 8:30pm.)