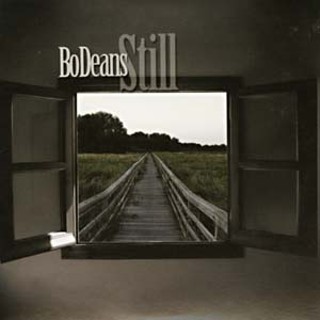 Still (He and He)


Sam Llanas and Kurt Neumann remain a musical marriage for the ages. Two decades on, and Still comes as a declaration: BoDeans are still with us, still rocking stellar lyrics and great harmonies. The pair reunites with producer T-Bone Burnett, who produced its captivating debut, Love & Hope & Sex & Dreams, in 1986. The result is a dozen inimitable tracks that veer from suburban psychedelia to folk-rock, taking off on "Pretty Ghost," a swirling, guitar-based meditation on celebrity and fantasy; the second track, "Round Here Somewhere," makes the droll observation that what makes a relationship special can be as easily misplaced as your wallet. "Willing" and "The First Time" reiterate romantic themes in contrast to murder ballad "Breathe." Long before that – about the time the radio-ready "Everyday" arrives – it's clear these vets are ready for the prime time all over again. (Thursday, March 13, Bourbon Rocks, 1am; Friday, March 14, Auditorium Shores, 8pm.)