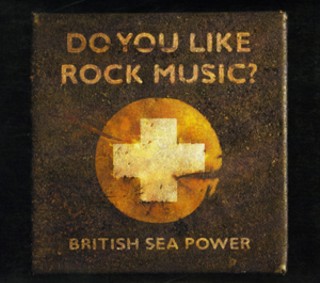 
From its thunderous opening track, Do You Like Rock Music? answers that Brighton-based BSP are "All in It" in a way not heard previously. Their monstrous and altogether gorgeous wall of sound, once saddled with antithetical, inaccurate comparisons to the Cure (of all bands), here comes into its own. "Lights Out for Darker Skies," with its titular echoes of another war in another time, is, simply put, a masterpiece of modern Brit rock. "Like moths we get confused ... and we dance like sparks from a muzzle," sings frontman Yan, urging on second guitarist Noble, who's learned a thing or two since 2005's Open Season. There's a palpable sense of urgency with these young, loud, naval insurgents: The screws are turning, the music churning. Occasionally becalmed, as on borderline lullaby "No Need to Cry" and eerie soundscape "We Close Our Eyes," Rock Music proves BSP can hold their course. (Saturday, March 15, Maggie Mae's Rooftop, 1am.)