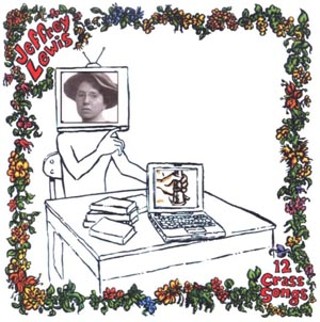 
Had Steve Ignorant, Eve Libertine, Penny Rimbaud, and all the rest of the early-1980s, UK-based anarcho-punk collective known as Crass realized that someday the unassuming, NYC-based folk balladeer Jeffrey Lewis would retune their vituperative, cats-and-gravel-in-a-blender sound into something approaching sunny-side-up genius, they'd likely have sided with Thatcher then and there. Yet Crass' lyrical, ultrapolitical vitriol is, if anything, more relevant than ever ("Big A, Little A" remains one of the greatest anti-nihilist protest songs ever written), and now, thanks to Lewis, you can actually make out all the words. Lewis' folk-nerd vocals combine with flute, glockenspiel, Woody Guthrie-esque guitars (notably on the pre-Blackwater point of view of "Securicor"), and some upstart piano ("Punk Is Dead") to bathe Crass' frantically spiky and often intentionally atonal screeds in a warm, human glow. It's the most astonishing cover album of the last 10 years, bar none. (Wednesday, March 12, Club de Ville, 10pm.)