Boogie Back to Texas

On less than a day's notice, Asleep at the Wheel's Ray Benson rallied his troops – Joe Ely and Carolyn Wonderland among them – for a private benefit last Thursday at the Austin Music Hall for Sen. Barack Obama, who joined in for a chorus of "Boogie Back to Texas." It wasn't the first time Benson performed for the presidential hopeful either. That honor came more than a year ago as part of Benson's annual lobbying on Capitol Hill on behalf of the Texas chapter of the Recording Academy. "Outside larger issues like the war in Iraq and immigration, I hope that he will be sympathetic to some of the lifestyle things such as medicinal marijuana," says Benson, an active member of the Marijuana Policy Project. On Tuesday, the Wheel bandleader sat in with pal Paul Shaffer on the Late Show With David Letterman, performing the same tune and other standards for the audience during commercial breaks. As for his group's Western swing collaboration with Willie Nelson, whom the band will back for the grand opening of the Long Center on March 29, Benson quips, "We'll let him clear out a bit of his backlog first. He's got an album with Wynton Marsalis coming out in June." Meanwhile, Texas' decisive primary takes place on Tuesday – vote.

• Powerhouse percussionist Buddy Miles, who appeared on more than 70 albums in his five-decade-long career, including work with Jimi Hendrix, Santana, and Muddy Waters, died Tuesday night of congestive heart failure. Miles, 60, had relocated to Austin in 2005, after suffering a stroke. A tribute and benefit concert, featuring former Band of Gypsys bandmate Billy Cox, as well as Tommy Shannon and Cyril Neville, among others, is scheduled for March 30 at Threadgill's World HQ. In lieu of flowers, donations can be in Miles' name to the Jazz Foundation of America: 322 W. 48th St., New York, N.Y. 10036, Attn.: Amy Cusma.

• Last week, Austin's avant-garde reissue label Unseen Worlds unearthed Carl Stone's 1983 composition, Woo Lae Oak, a droning, 54-minute suite of string and wind samples. Along with an appearance at Scholz Garten in conjunction with SXSW Interactive, the California-based composer appears Wednesday at Ballet Austin, reimagining his piece "Guelaguetza." "It's kind of an inner journey that takes place in a quadraphonic environment," Stone says. For the rest of the interview, see austinchronicle.com/earache. 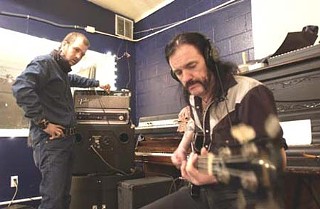 Bubble Recording is perhaps the only known connection between Motörhead's Lemmy Kilmister and Austin's Spoon. Both recorded at the renowned local studio, which came together a decade ago as a vehicle for producer Frenchie Smith to record his then-current band, Sixteen Deluxe, a role he's reprised for Young Heart Attack's Rock and Awe, due March 24 on the UK's Not on Your Radio. "There's definitely a unifying attitude to the people I work with," says Smith, who got his first Grammy nod this year for the Lost Bayou Ramblers' Live a la Blue Moon and has had his hand in LPs from Meat Puppets, Trail of Dead, and Li'l Cap'n Travis. "They all absolutely ooze integrity." The Bubble celebrates its diamond anniversary with the addition of a new console, the Steve Albini-endorsed Neotek Élan, and a free show for those 18 and up in the smoke cloud above Emo's Lounge with Single Frame's Adreon Henry, Faceless Werewolves, and producer Alex Lyon's Zykos. See www.bubblerecording.com for more. 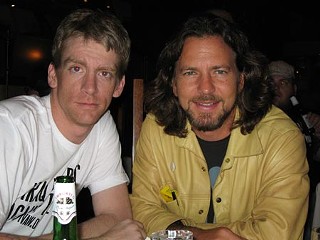 Perhaps the most surprising musical act listed on the 2008 South by Southwest Music schedule, released last week, is the Body of War showcase at Stubb's on Thursday, featuring Juno's Kimya Dawson, Serj Tankian of System of a Down, Rage Against the Machine's Tom Morello, Brett Dennen, Brendan James, and special guests. Co-directed and co-written by Austin's Ellen Spiro, Body of War is a painfully intimate portrait of Tomas Young, a young American soldier who was paralyzed from the chest down on his fifth day of service in Iraq.

"The power of film is very different than the power of music, but when the two combine, it takes you deep into the heart of this issue, this war," Spiro says.

As for special guests, the possibilities are quite promising. Pearl Jam's Eddie Vedder contributed two songs to the film, at the request of Spiro's co-director and co-writer, Phil Donahue, while Bruce Springsteen, Tom Waits, Roger Waters, Neil Young, Bright Eyes, Ben Harper, and Talib Kweli (at Auditorium Shores on Saturday) all contributed to the Young-curated 2-CD soundtrack, whose proceeds benefit Iraq Veterans Against the War.

There's certainly no shortage of overlap between film and music at this year's conference. Keynote speaker and Velvet Underground pioneer Lou Reed will be on hand Wednesday, March 12, for the U.S. premiere of the recently lensed performance video Lou Reed's Berlin, directed by Texas-raised filmmaker Julian Schnabel. A Music badge grants access to the screening, as well as the local premiere of Martin Scorsese's Rolling Stones concert film, Shine a Light, and all of Wednesday's screenings at the Austin Convention Center, which includes a portrait of a late Chicago punk, Wesley Willis's Joyrides, and the documentary We Dreamed America, starring SXSW performing artist and Sopranos theme-song provider Alabama 3.

Banjo virtuoso Béla Fleck is fielding questions following the premiere of his travelogue, Throw Down Your Heart, at the Alamo Ritz on March 9, and joining Abigail Washburn & the Sparrow Quartet at St. David's Church the following Thursday. Here Is What Is captures acclaimed artist and producer Daniel Lanois, who showcases at Pangaea on Wednesday, March 12, for his new album of the same name. Other notable film subjects include Gorillaz; Lee "Scratch" Perry; R&B singer Andre Williams; Phil Spector's house band, the Wrecking Crew; Dennis Lambert; James Brown; and the Clash-covering New England senior-citizens chorus, Young@Heart. See www.sxsw.com/film for complete details and information on the music-based 24 Beats per Second film category.

Local videos being screened at SXSW