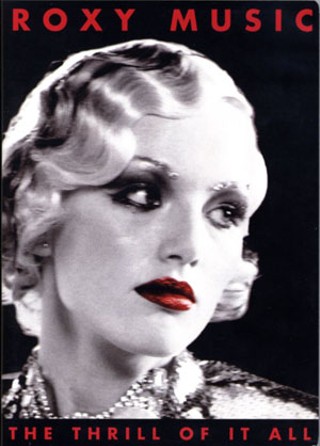 The Thrill of It All (Virgin)


Visually provocative and overly flamboyant, Roxy Music was made for television. Driven by the creative tension between sound manipulator Brian Eno and womanizer Bryan Ferry, the band resembled a vogue Velvet Underground, all glitter and gold. In fact, Roxy's debut on BBC's Top of the Pops in 1972 with "Virginia Plain" is often cited as the turning point of glam rock. The Thrill of It All, a video anthology archiving the group's decade of decadence, 1972-1982, however, is a complete disaster. Aside from opening couplet "Re-Make/Re-Model" and "Ladytron," capturing the band at its experimental peak, Thrill largely overlooks Eno's impact, a triplet for German television in 1974 notable only for his departure. The broadcasted performances are all synced with backing tracks, forcing emphasis on the band's outlandish outfits and Ferry's oft-disturbing croon ("In Every Dream a Heartache"). Beginning in 1979, disc two marks Roxy's reunion and subsequent transition to Las Vegas-style easy listening, which, save for 1982's four-song set in Frejus, France, is embarrassing. Only entertaining here are promotional clips that trump every rock & roll cliché – the empty club ("Trash"), the studio session ("Same Old Scene"), and serenading a heavenly harpist ("Angel Eyes") – but even then, you're never laughing with the band, only at them. 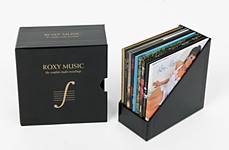