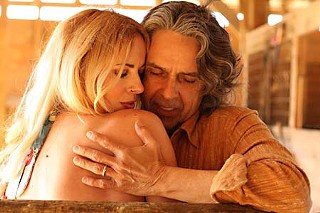 "We just write about our life, the same way John Lennon and Yoko Ono used to," says Bobby Whitlock of Lovers, his long-awaited studio debut with wife CoCo Carmel. "This is our truth." Dropping on Valentine's Day, the LP bursts with Southern soul that explores the inexplicable nature of events that bring two people together. The theme extends to the disc's backstory as well, a process that included securing a financial backer and manager (Jean-Claude Monney), recording at Willie Nelson's famed Pedernales Recording Studio, and landing guest guitarists Stephen Bruton, David Grissom, and Eric Johnson, not to mention Nelson himself on the plaintive ballad, "True Love." The capstone of Lovers, though, actually comes from Whitlock's past life, as a member of Derek & the Dominos ("Keep on Growing," Dec. 1, 2006). "Dear Veronica" is a previously unfinished tribute to cinematic icon Veronica Lake, co-written with Eric Clapton, while "Layla" has been recut with emotional push-and-pull dynamics led by Carmel's riveting saxophone. "I believe it's a quintessential version of it, totally different than anything else," Whitlock offers. The local duo is slated for a South by Southwest showcase, alongside the Saxon Pub residency, and has several appearances lined up overseas. "This whole thing has been divinely orchestrated," Whitlock says. "No one person could have sat down with a pencil and paper made this thing come together like this. It's fate."

Back in the USSR 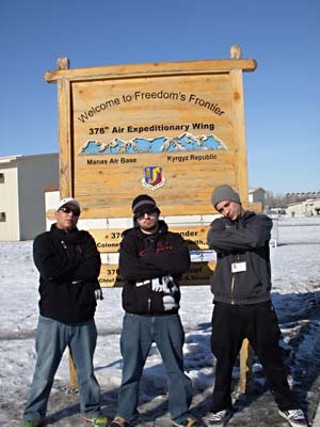 Remember the Army's "See the World" recruitment campaign? If you're a struggling musician, there's a more ideal tour of duty. Since 1951, Armed Forces Entertainment, not to be confused with the United Service Organizations, has dispatched up-and-coming artists on behalf of the Department of Defense to entertain U.S. troops and their family members stationed around the world. All traveling and accommodations are covered, and each band member receives a $75 daily stipend. "It's great exposure for the artists, and it allows our troops to see really good indie bands before they hit it big," says spokeswoman Melissa Welch, who, for the third straight year, will be at the South by Southwest Music Trade Show + Exhibition scouting talent. Following in the footsteps of fellow Austinites Charlie Robison, Kevin Fowler, and Jason Boland & the Stragglers, alt-reggae act Subrosa Union (pictured) departed in late January for a three-week tour of Southwest Asia that the band branded Operation Looking Forward. "The whole idea is to give back to the troops, to show them how we get down," says Subrosa guitarist Mike Anaya, whose father is a retired Navy commander after 22 years of service. "I know firsthand how appreciative these people are. There aren't too many opportunities where you can travel abroad and play to such a loyal group of people." Bob and Tucker Livingston, meanwhile, recently returned from a 20-day tour of Vietnam and Thailand on behalf of Texas Music International ("Big in Yemen," May 2, 2003). "Vietnam was an eye-opener, to say the least," reports father Bob Livingston. "It's a young, upwardly moving country. They're hip." 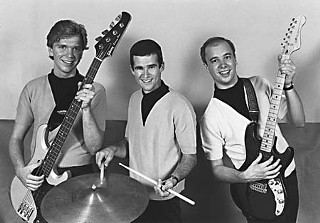 The Judy's are reuniting for the 2007-08 Austin Music Awards, Wednesday, March 12, at the Austin Music Hall. "I don't know if we look at it as a reunion," clarifies bassist/keyboardist Jeff Walton. "It's more so just something we're doing." For those too young to remember, the Pearland-based trio was a pivotal part of Austin's original punk scene, forging its own genre between minimal New Wave and post-punk Dadaism. "That's where it all started for me," recalls frontman David Bean. "I was in a high school summer program [in Austin] in 1979, put on by the National Science Foundation, and I snuck into Raul's. That was the first time I realized I could play in clubs and be part of a scene." Outside of a private benefit in 2004, the last time the Judy's performed was at the Raul's reunion, one decade prior at Liberty Lunch. The band recently recorded a new song together, a commissioned theme for Japanese animé series Sgt. Frog, while Wasted Talent Records reissued expanded editions of the trio's first two albums, Washarama ('81) and Moo ('85). "The songs weren't meant to last through the ages," Bean says. "People don't know what snow on the TV is anymore. The information is being lost through the generations." Tickets for the Austin Music Awards are $15 advance, $20 at theatre and go on sale Tuesday, Feb. 19. Warren Hood, meanwhile, joins David Ball of Uncle Walt's Band, Jimmie Dale Gilmore, and the Belleville Outfit for South Carolina by Birth, Texas by Choice: The Songs of Walter Hyatt, adding to an already stacked lineup that includes Rokkervil, a collaboration between Okkervil River and Roky Erickson, and a showcase by Honeydripper Gary Clark Jr.

Even celebrity chef Rachael Ray is headed to South by Southwest this year, reportedly hosting an unofficial day party featuring L.A.-based beat-punk trio the Ettes. With good reason, then, SXSW introduces a new lottery system for music wristband purchases. Potential patrons will have the window of 9am Thursday, Feb. 21, through 9am Monday, Feb. 25, to sign up at wristband.sxsw.com for no more than two of 4,000 wristbands priced at $139 (including tax and service charge), but you must have a credit card for purchase, as well as an Austin-area billing address, in order to be eligible. Each randomly selected person must be able to provide the name of their guest at the time of sale, and both individuals will be required to show identification to redeem the wristbands, which will be put on the purchasers at the time of their pick up. Both wristband scalping and counterfeiting have prompted the new system. "In the ticketing industry, anytime there's a high demand and a purposely low ticket price, you have to worry about the secondary market," says SXSW Music Creative Director Brent Grulke. "Our hope is that this gives Austin music fans a fair and convenient opportunity to purchase wristbands." For complete details, see the ad on p.5.

• Less than 48 hours after witnessing the historic reunion of Houston's Kashmere Stage Band in his honor, bandleader and mentor Conrad "Prof" O. Johnson died in Houston on Feb. 3 of natural causes. He was 92.

• Willie Nelson and Pinetop Perkins both picked up Grammys on Sunday for their respective collaborations. See the full list of winners at www.grammy.com.