Embracing improvisation, innovation, and even failure at the No Idea Festival 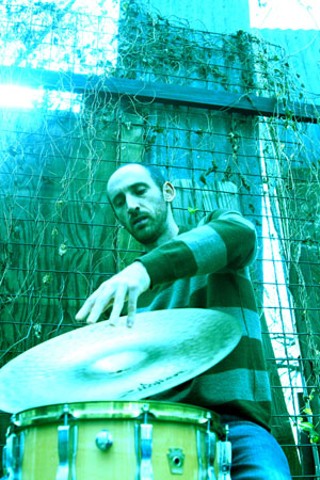 Charlie Parker once said, "Learn everything, then forget it all."

Easy for him to say. However, Parker was an improviser, and improv music, by its nature, requires his mindset. Or maybe it requires no mindset. Jazz men like Parker, Ornette Coleman, Albert Ayler, and others edged improv into the rock realm during the 1960s, when jazz suddenly became "free," but improvisation goes back hundreds of years and has never had much luck with names. There's no Elvis of improv.

Locally, improvisation is flourishing. Frequent trips between Austin and Houston gave 34-year-old organizer, educator, and percussionist Chris Cogburn cause to start the No Idea Festival in 2003 as a way to connect a number of the genre's practicing musicians he saw in the two cities. The following year's fest brought in national and international acts splashed across the spectrum – from Houston pedal-steeler Susan Alcorn to Berlin flutist Sabine Vogel – and it has morphed into a different beast every year since. The idea, as it were, behind No Idea is that performance remains a learning experience, always spontaneous, and that something new is born out of the synergy, whether in a group or solo. Much like improv comedy's mantra of "yes and," musicians add to the flow with each note, moving energy forward and creating something that won't be heard anywhere else ever again.

Cogburn works as a teacher at the Texas School for the Blind & Visually Impaired, as well as at an elementary school in Manor, where he helps teachers integrate music into the curriculum. "More than music in schools, I think it's important to have sound in schools, listening in schools," explains the educator. "An emphasis on listening is important, especially to develop skill creatively. Children, people really, learn in myriad ways. Certain information exists and is expressed more clearly in certain contexts, be it kinesthetically, musically, or mathematically. The sound world is one context, and when they're lived and expressed side by side, I think it not only facilitates inclusive learning but also teaches what it is to live creatively in a community."

Community is a big part of improv for Cogburn, who's lived in Austin for nine years. A drummer in high school marching and jazz bands, his instrument was already predestined for the fringes by a grade-school teacher who shushed him for tapping on his desk. He later discovered punk rock and skateboarding, but while living in Oakland, Calif., in the 1990s, his roommate, Marshall Trammell, another drummer, took him to the river, improvisationally speaking.

"Every day he'd arrange his drum set in a different way, and he'd bring in tablas and trash cans, write words on each drum, play in different parts of the room," he remembers. "I'd walk by his door and hear all these sounds I'd heard nowhere else before, and I thought, 'Oh, now I get it.'"

In that spirit, this is the first year Cogburn received a partial grant from the city of Austin and the Texas Commission on the Arts, as well as from Meet the Composer, a six-state program that encourages bringing composers into communities in the Midwest and the South. It's a testament, Cogburn says, to how important the community is to people and performers. This year, No Idea holds forth on the Eastside at the Austin Figurative Gallery (Thursday) and the Blue Theater (Friday and Saturday), two venues different from last year and every year before. Ever looking to educate and expose, Cogburn likes to get people into venues they haven't been to before or normally wouldn't go to.

"I think really good music is everyone ignoring each other," he offers. "When people group-improvise, I call it the big black line, where one person starts playing loud, so everyone plays loud, then everyone will get quiet, and everyone slows down at the same point, which is great, too. But it's like, 'OK, what if we didn't do that?'

"Each person has their own autonomy."

Indeed, the nature and emphasis of the festival is on an individual's relationship with his or her instrument, whether they can forget everything they've learned, as well as the big question mark of what could be birthed from collaboration.

"Improvisation has risk," Cogburn says. "It embraces failure but also innovation. Someone will play, and it'll be like, 'Whoa, that did not sound good.' But you can't get there any other way. It's not music for specialists. You don't need to know the history of it or the name of the instrument. You just have to be open to sound. When the best music happens, it's about convergence, with the audience, too."

Admission is $10-20 sliding scale or $25 for a three-day festival pass. Passes can be purchased at End of an Ear and Waterloo Records. Visit www.noideafestival.com for more info. 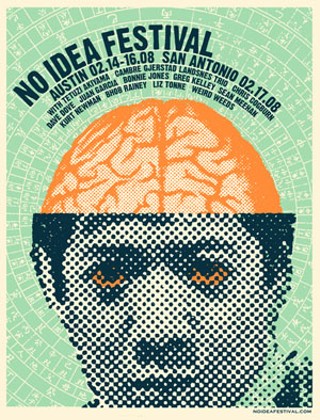 The Weird Weeds with Liz Tonne and Bhob Rainey