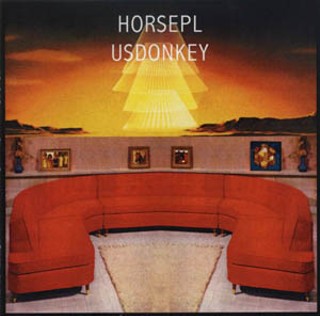 Horse + Donkey's debut meets the imagery of filmmaker Alejandro Jodorowsky at the crossroads of shadowy figures and lysergic imagery, the soundtrack to a prism-hued trip. At 15 songs, Horse + Donkey deftly delivers a companion to the local trio's live shows, which are all about dynamics. Guitarist Jaime Zuverza and bassist Oliver Valdez rarely play in tandem; instead, Valdez keeps a galloping, shape-shifting bassline going under Zuverza's staccato axe work, while drummer Luis Martinez fills in just outside the lines, creating a textured drone that slithers and bucks. On opener "At a Station," strum becomes a heatstroked surge of guitar as Zuverza offers this Mancunian bit: "Draw a circle in the dark air; spiral staircase grows a white hair. You were looking for a little pleasure, but it was already measured." The lyrical fodder of Horse + Donkey is obtuse, and it's often hard to understand what Zuverza's singing about under the reverb. The music, however, is hypnotic, jerky, moody. "Riddle," with its paranoid skitter of rhythm, and the clumsy, gripping momentum of "Indian" demonstrate the group's muscle, closer "Big End" bringing the drone back around with Krautrock precision. There's more Manchester in the opening chords of "Dead Dog" and "Amorous Mare," but as with the balance of Horse + Donkey, it's filtered in an appropriately possessed manner.